Tata Safari was the first SUV to be designed and manufactured completely in India. Tata Sierra was hence discontinued after its launch in 1998. The Safari Storme was launched as the next generation model of the Safari DiCOR, but the company is still selling the DiCOR variant along with the Safari Storme. Last year, the Safari Storme was given a facelift and now this year, the Real SUV of India gets a reworked engine which produces 400 Nm of torque from a 2.2L turbocharged diesel engine.

Exterior Design: No new design on the new Safari Storme Varicor 400 can be seen and it still carries the same old last year model’s design. The car which we had for our test drive review was actually Tata’s marketing car. It was equipped with some nice accessories which did and do look great. The accessories like LED DRLs, window wind deflectors and hood scoop/spoiler did add up in making the Varicor 400 look more macho. And yes, there’s also the Varicor 400 badging on the car’s fenders. 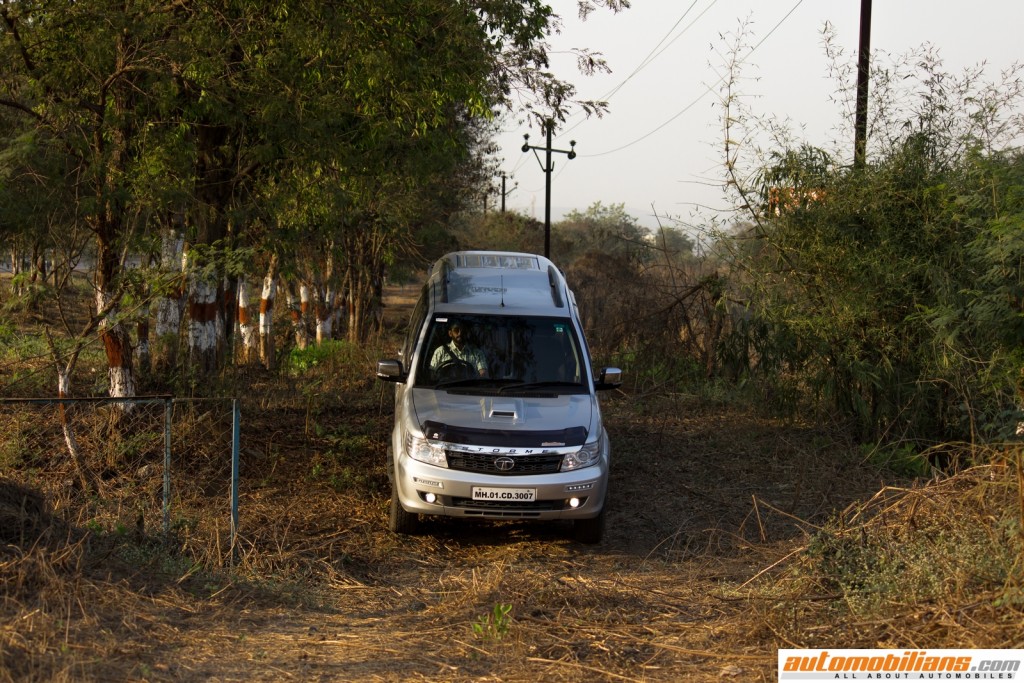 Interior Design: This new Safari Storme Varicor 400 carries the same interiors as of the less powerful Safari Storme. Everything seems to be the same apart from the new and integrated CONNECTNEXT system with 6-speaker surround sound by Harman which has a better sound quality than the previous one. The audio and phone controls are mounted on the multi-functional steering wheel and what other new thing can be seen on the inside of this car is the 6-speed manual gear shifter. Rest other interior items are the same and yet no front facing last row has been introduced in this new Safari Storme. The interiors still offer acres of space and comfort. 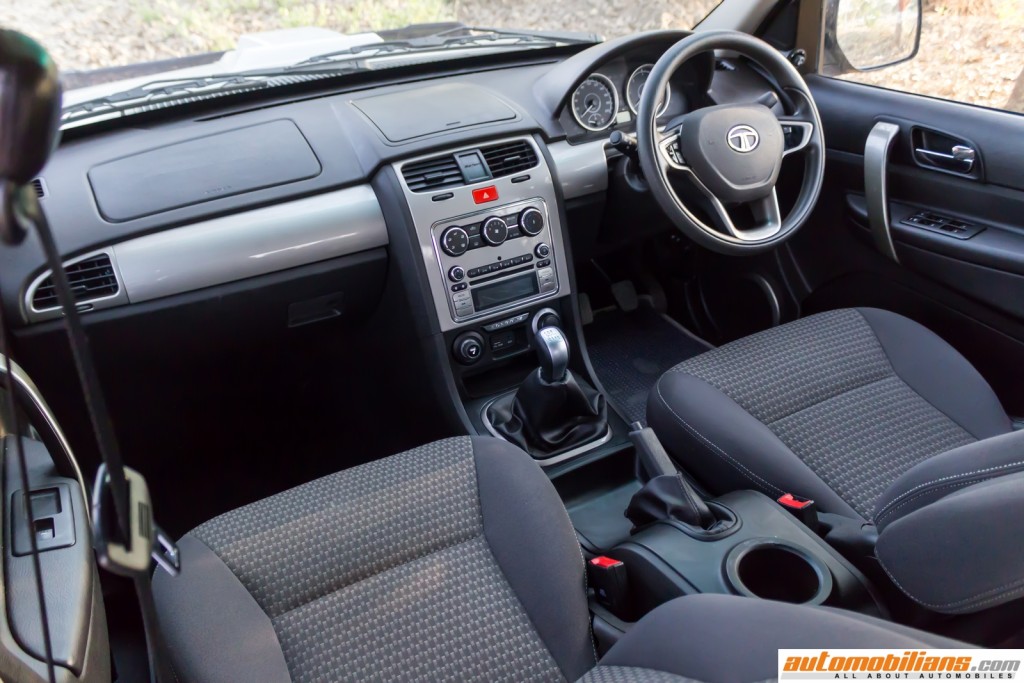 Engine & Performance: Now this where there is something new in this car. The Safari Storme Varicor 400 gets a completely new mechanism under its hood. The same old 2.2L turbocharged diesel engine is now a stronger cylinder block, which has been thoroughly reworked and remapped. The valve gear is redesigned and the turbocharger is also updated to give out some impressive power figures. The power has been raised to 154 BHP from 148 BHP. This beast not only produces enough of power but also produces humongous 400 Nm of torque form that 2.2L diesel engine. This new engine is mated to an all-new 6-speed manual gearbox and this new Varicor 400 is available in both 4×2 and 4×4 driveline in top-of-the-line VX trim only with electronic Shift-On-Fly.

This car weighs 2665 kgs, which is 15 kgs heavier than the previous Safari Storme. But, the weight doesn’t makes any difference to the car’s engine as there is lot of power and torque. As you accelerate hard, all the horsepower and the class-leading 400 Nm of torque spins all its wheels and the car just takes off smoothly. Make sure you hold the steering wheel tight during hard accelerations as this car just drifts and drags and can be a rally driver’s car for sure because of its performance. As long as you will accelerate this beast in the mid range it will keep on amazing you with its performance. All that power is available at 4000 rpm and that 400 Nm of torque is available at 1750-2500 rpm. There’s a lot of turbo lag as the car’s engine performs well post 2000 rpm and city cruising also becomes a little difficult task. The engine is mated to a 6-speed manual gear box and it does not impresses much because of its rubbery feel. But to it is meshed a 260 mm self-adjusting clutch which feels lighter and makes gear shifting easy even at higher speeds. 0-100 km/h run was achieved in 12.40 seconds (VBox tested) which makes it almost 2 seconds faster than the less powerful Safari Storme. The engine does feel refined and smooth on the move. The only thing that needs to be taken care of here is of shifting the gear from 5th to 6th otherwise you will end up shifting into reverse as the 6th gear is placed next to the reverse gear. 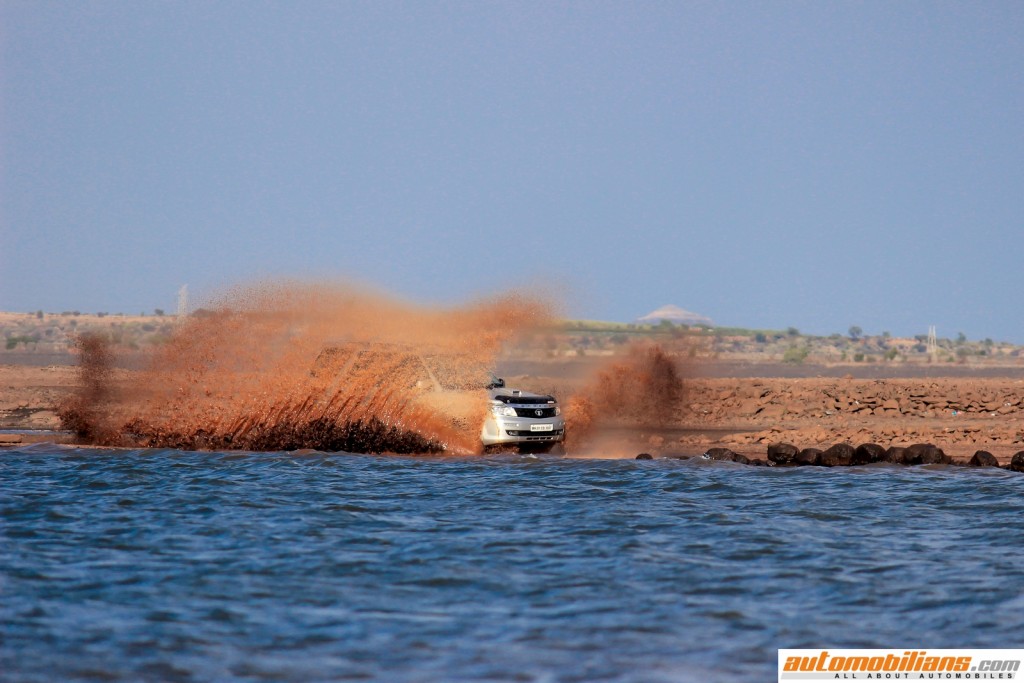 Driving Dynamics: The Varicor 400 is made available in the top 4×2 VX and 4×4 VX variants only. It gets an electronic shift-on-fly which makes the car shift smoothly between 2H, 4H and 4L drive options while on the move during your offroad drives. The Varicor 400 being a body-on-frame SUV weighs over two tones as mentioned before and so there is a lot of body roll. Its X2 hydroformed chassis and unchanged suspensions offer a great ride quality and better braking ability. The 6-speed gearbox makes sure to offer you an amazing cruiseability and the same old suspension setup soaks up bumps without any fuss rather I would say potholes and bumps do not matter at all  to this giant SUV, it just glides over them. The hydraulic steering wheel feels heavier and maneuvering through city traffics just becomes a hectic job. But the steering gets heavier when you speed up and are cruising above 100 km/h and keeps the car stable all the way. This beast excels in the term of offroad driving as all of its torque does a great job of making this car move and taking you through serious offroad patches like rock crawls, hill climbs or river crossings. They are just an easy task for this car to drive on and through. The speedometer and rest other ergonomics are very well placed and are within an easy reach of the driver. The steering mounted controls make the journey more comfortable. 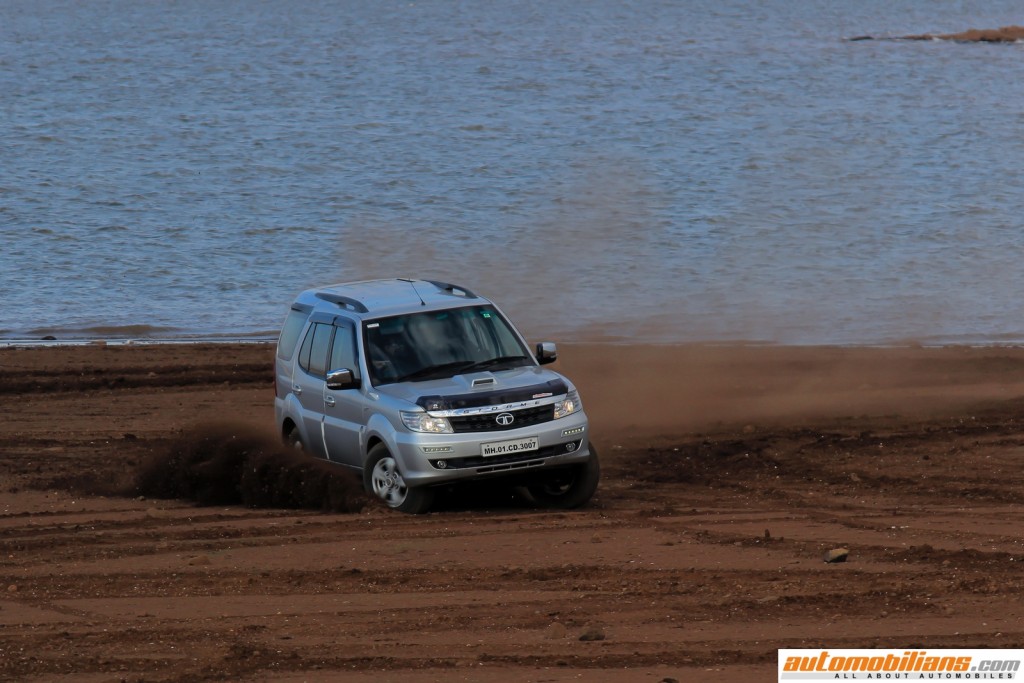 Safety and After Sales Service: Safari Storme Varicor 400 gets dual airbags for its front passenger and driver only. ABS and EBD are standard. The car also gets crumple zone, engine immobilizer, tubeless tyres, reverse parking sensors and central locking with remote key. Tata Motors is the largest manufacturer in the Indian automotive industry so has a wide network of service stations across the country, so you don’t have to worry much about its servicing but the service experience still remains a gamble. 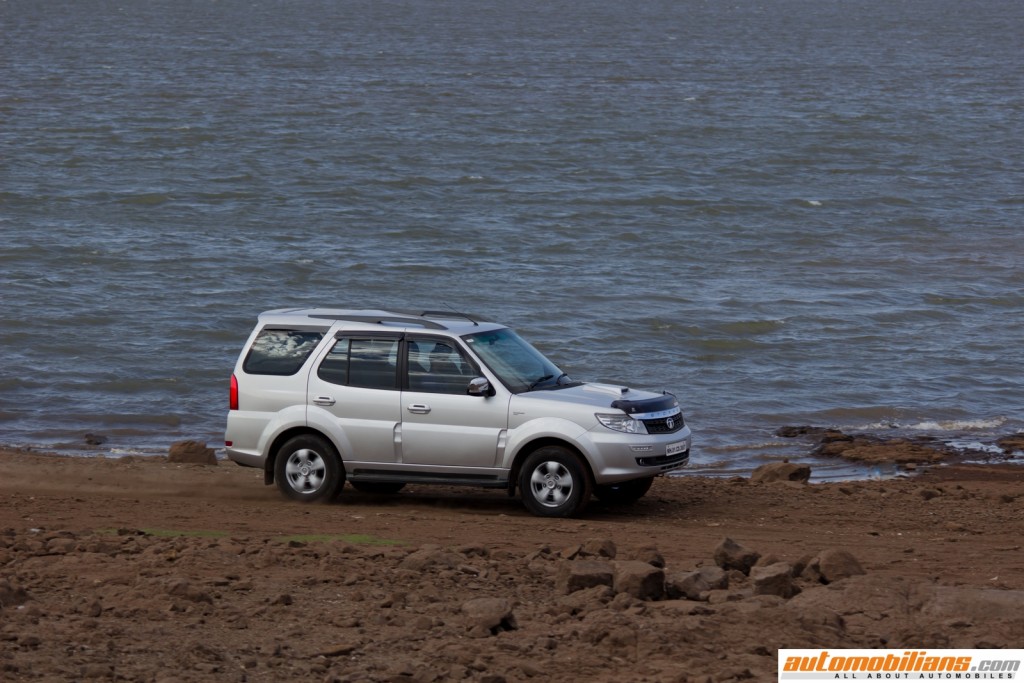 Verdict/Conclusion: Tata may have made the fastest Safari Storme Varicor 400 but it is only marginally better than its outgoing model which has 80 Nm of torque lesser than the Varicor 400. The interiors feel dated as there is no any modernized addition to it like the touchscreen, reverse parking cameras, protective plates, etc. The car being heavy still does all the tasks easily and proves itself of being a capable SUV/offroader. It offers comfort and lot of space for its passengers. The engine is refined and has a very nice highway performance. It handles well and offers a superb ride quality. Nonetheless, the new Safari Storme Varicor 400 is a good on-road and off-road car and it never minds to get dirty! 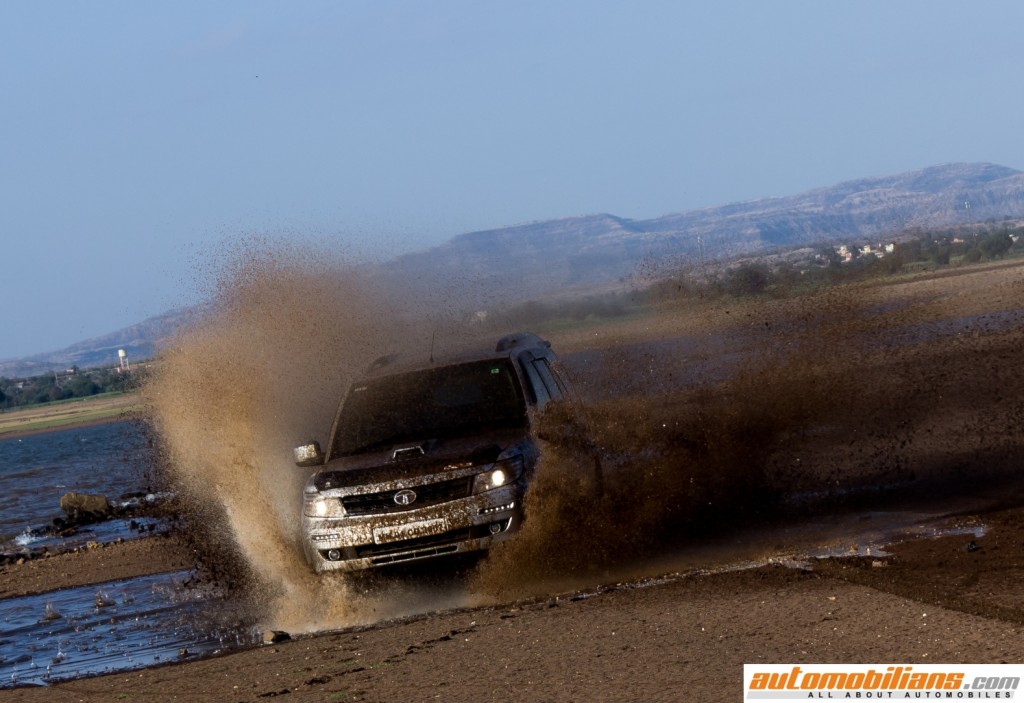 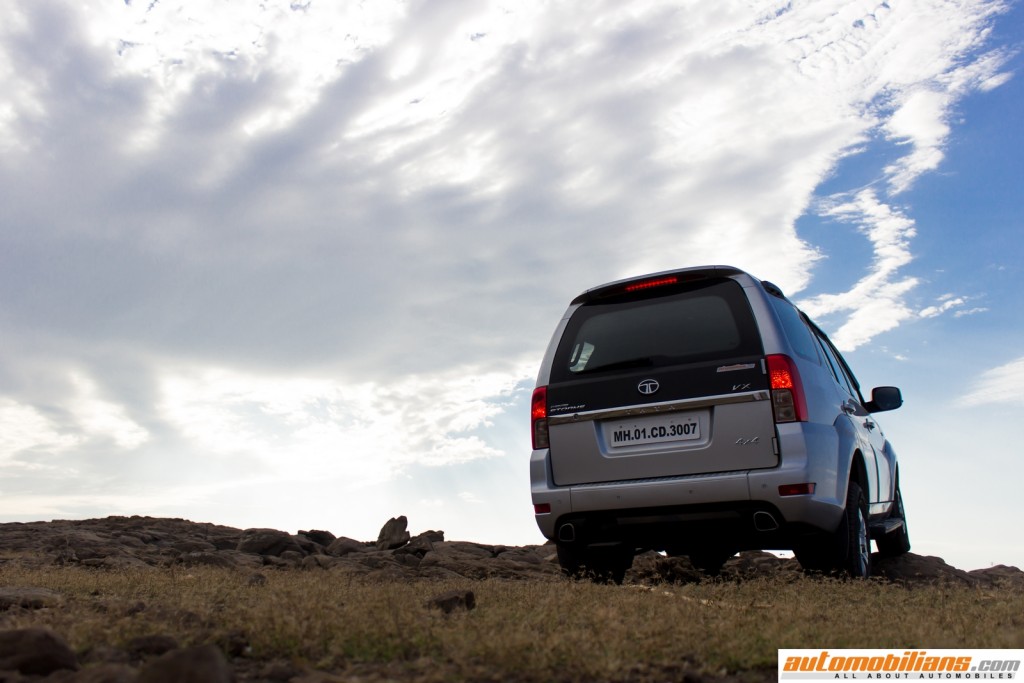