It was a fine Monday morning, and I received a call from the iconic American car brand, Jeep. They invited me to their first-ever Camp Jeep in Pune that was scheduled to take place on the coming weekend (12th and 13th May 2018), and without wasting any time and thinking about anything, I accepted their invitation. 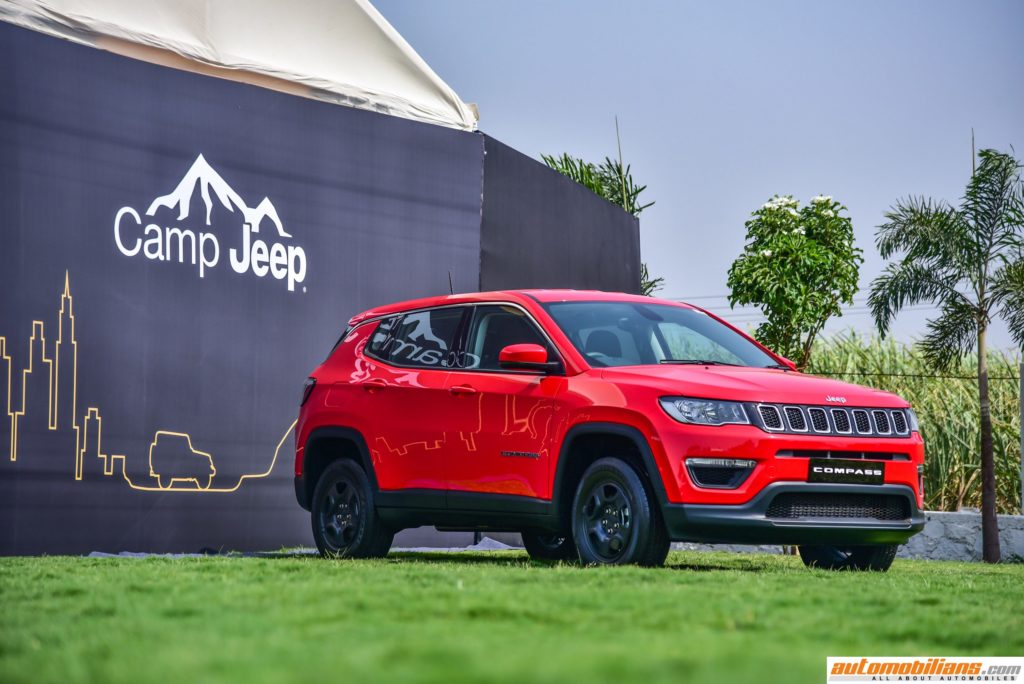 On the 12th which was a Saturday, I went to the location, the Podar International School ground, Ubale Nagar, Wagholi along with my colleague and my photographer. Basically, Camp Jeep allows the prospective customers and media personnel to see and experience the cars’ capabilities in extreme off-road driving conditions. The Camp Jeep also had a very engaging environment, as there was a lounge for customers, merchandise stall, food and juice counters, children’s play area and product display areas where the Compass, the Grand Cherokee and the Wrangler were displayed for customers to see and check out their features. 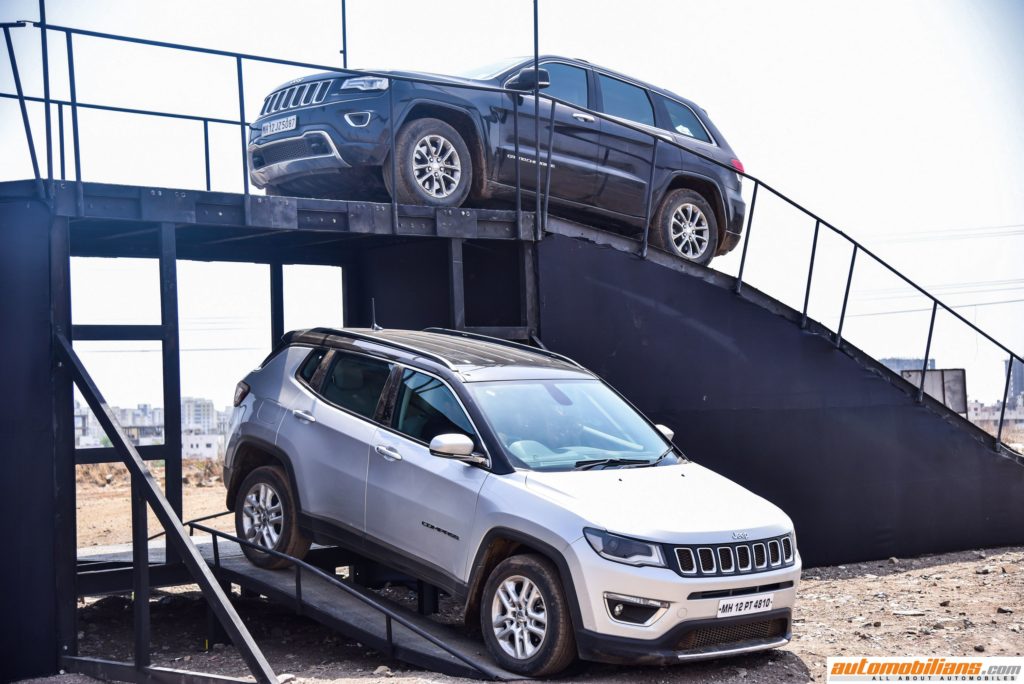 To experience the cars, I started off with the latest offering by the Jeep, the Compass. With 4WD Lock engaged and Sand driving mode selected, I set off in the first gear. I was told to drive gently and to maintain the pace by the instructor sitting next to me on the passenger’s seat. The whole trail was around 3km long. The Compass was driving well and then came a vertical drop and the car remained planted while descending down. 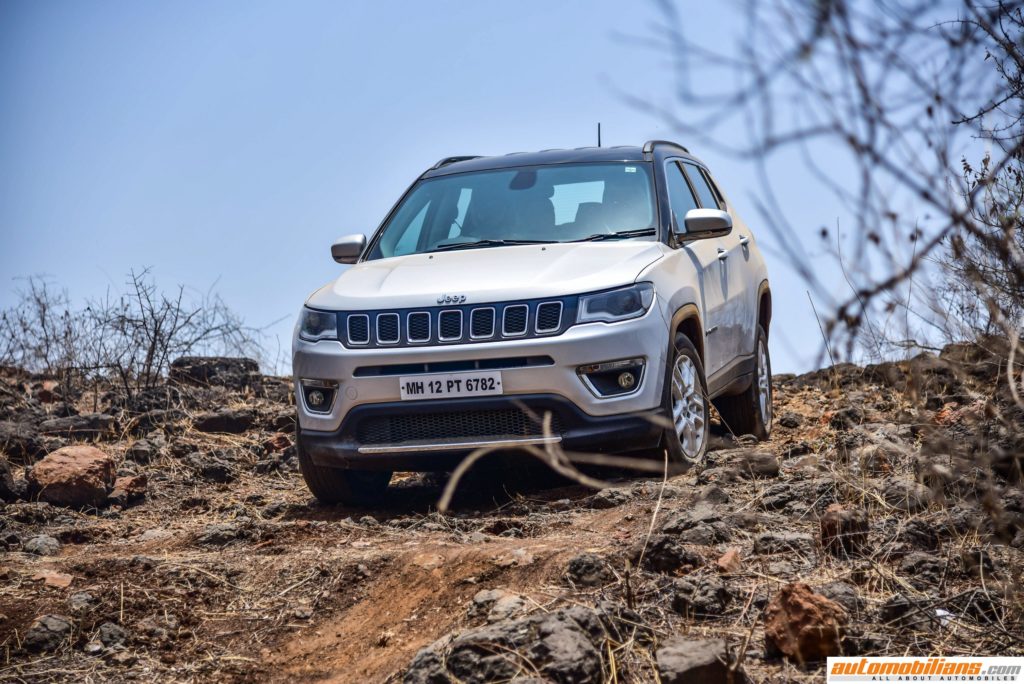 The Compass’s compact dimensions and light steering wheel helped it to manoeuvre with zero efforts and made its way through thorny bushes and rocks without any stress. The 2L MultiJet II turbo-diesel engine felt so refined and smooth that I hardly got to see the car crossing the 1500 rpm mark. The Compass took everything that came in its way with pride. And it climbed over the rocks which looked impossible, but thanks to its high ground clearance. Change of trails didn’t at all prove stressful for the Compass and after wading a small stream we headed towards the man-made course where there were all metal obstacles. The Compass left me awestruck in the natural jungle with its capabilities and so did it here on the man-made course. With a manual transmission and not many electronics, the Compass completed the course like a pro and also made me fall for it more. 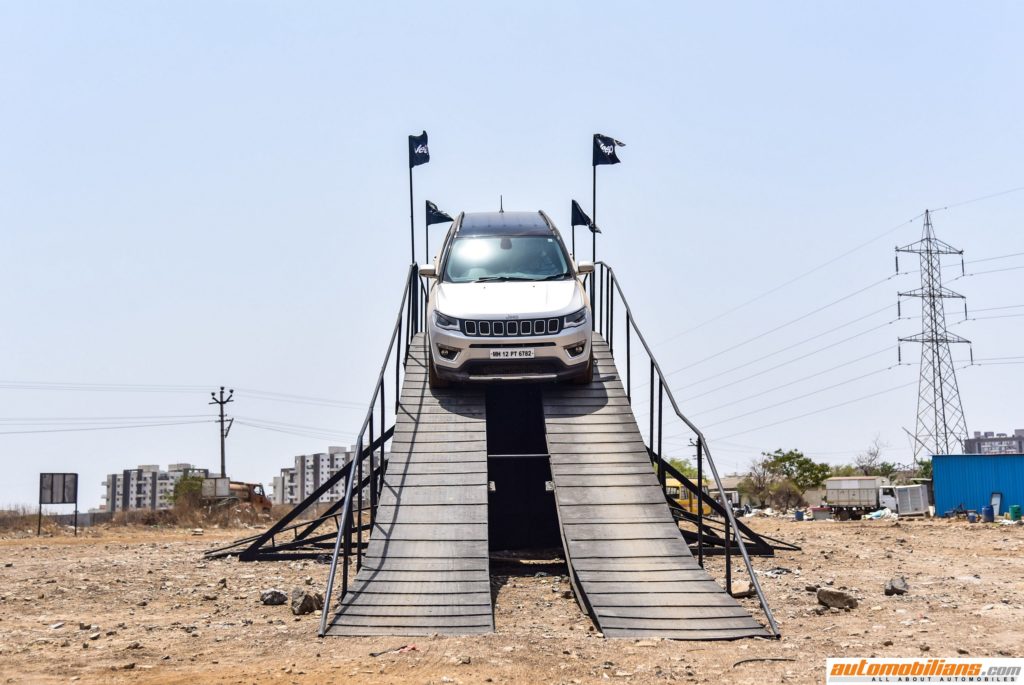 After returning back to the base, we had some snacks and juices and waited for a while for our next car. The next SUV that got lined up for us was the mammoth Jeep Grand Cherokee. The Grand Cherokee SRT is too offered by the company in India but it wasn’t here at the Camp Jeep as it is a more performance and street-oriented SUV. I got into the driver’s seat of the GC and was instructed by an ex-military kernel this time. 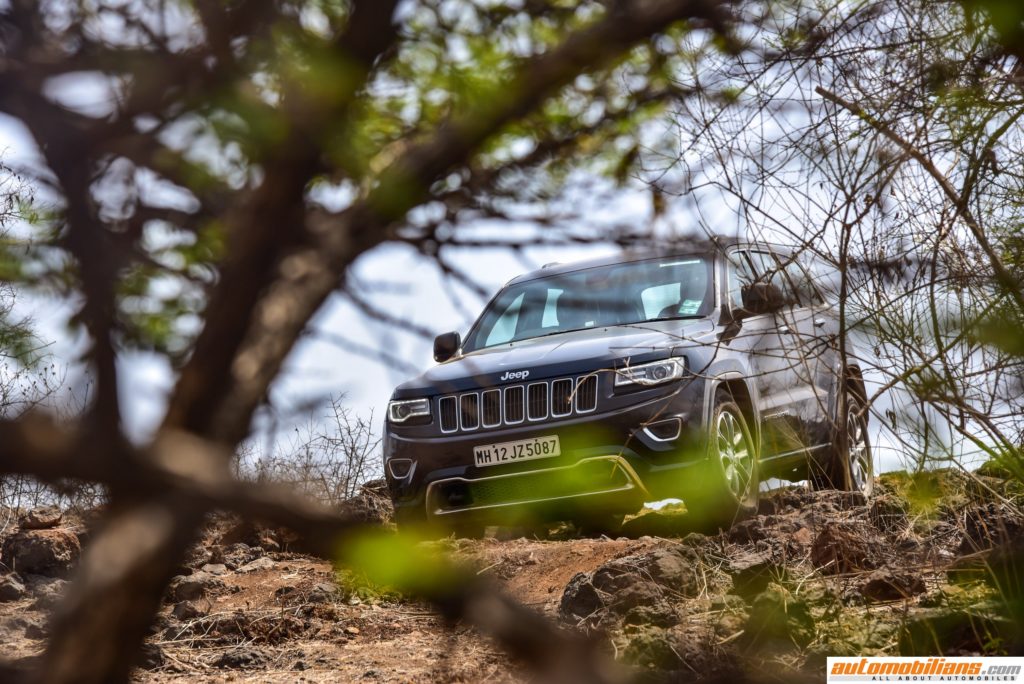 The GC offered a very nice and luxurious interior and also offered a very high and nice view of the road ahead. The trail for this SUV was a bit different one, in fact, the trails were different for all the SUVs. The GC is equipped with a lot of electronics that make off-roading an easy task. The trail first took us through a vertical drop and an immediate steep climb. The GC did that with no hesitation. The car comes with Selec-Terrain traction control system that offers multiple terrain-dependent modes – Auto, Snow, Sand, Mud and Rock, out of which I used the Sand and the Rock modes on the off-road trail. 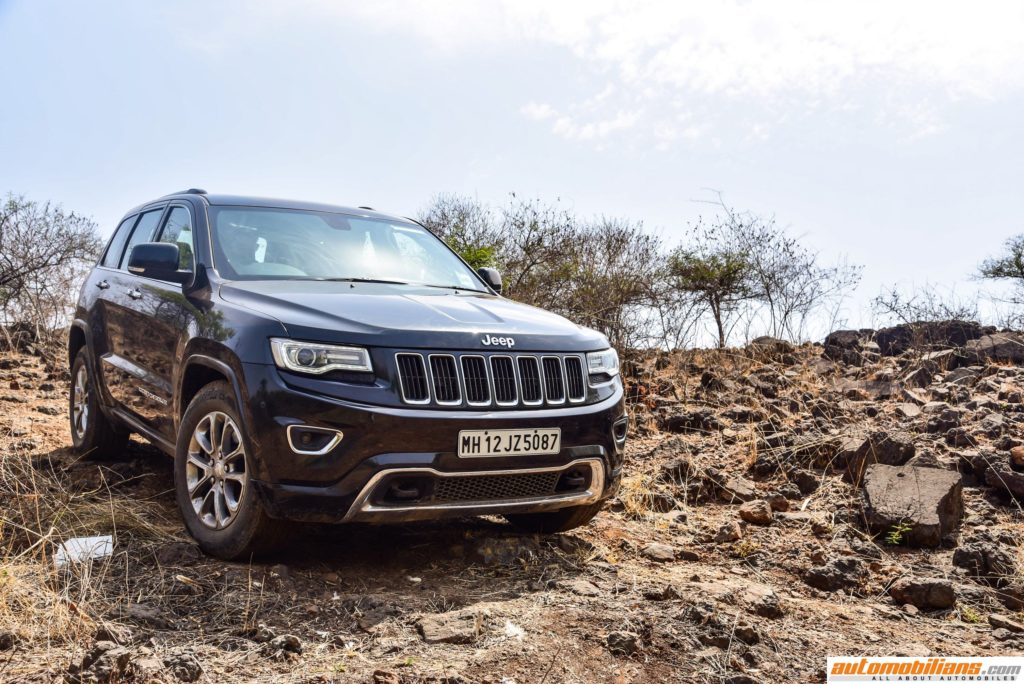 The modes evenly balanced the axles by optimizing the torque and power according to the throttle and braking systems. The Hill Descent Control (HDC) proved to be a gem during the drops as it controlled the car completely with me just giving the steering inputs and my feet completely off the pedals. It was slow sometimes, but then off-roading is all about being slow and steady. The GC also completed the man-made course with an ease and off-roading in the Grand Cherokee proved out to be like sitting in the lap of utmost comfort and dealing with extreme terrains with an ease. 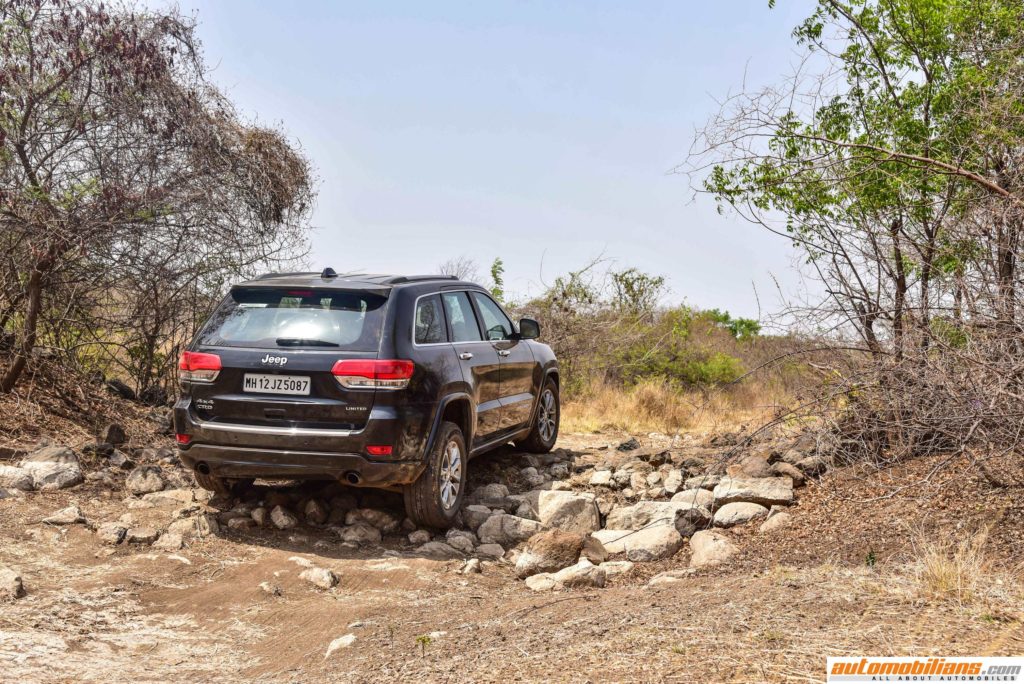 It took us nearly 25-30 minutes to complete the whole trail in one car. As the Wrangler Unlimited was the most popular car amongst all the Jeeps out there, it saw a very long queue of people to get into it and go off-roading. As we were short on time and with such a long queue to wait for, we decided to bid that place and cars a goodbye. 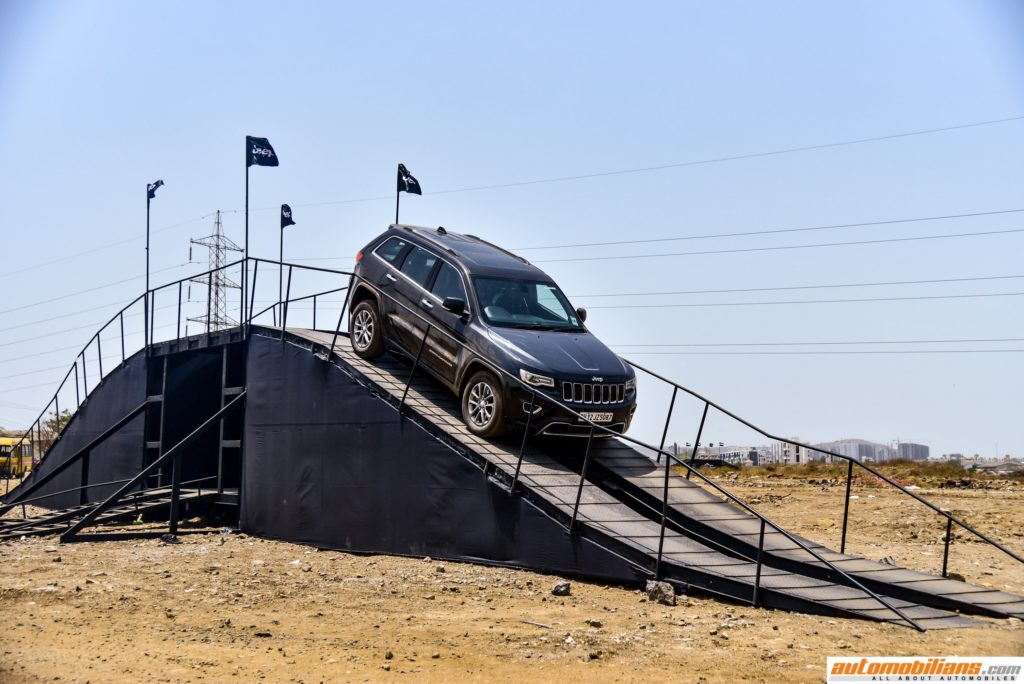 It was one of the best off-roading experiences’ I have ever had and if some of you have missed it this time, don’t worry as the company has promised to organize such events in the future, bigger and better ones. 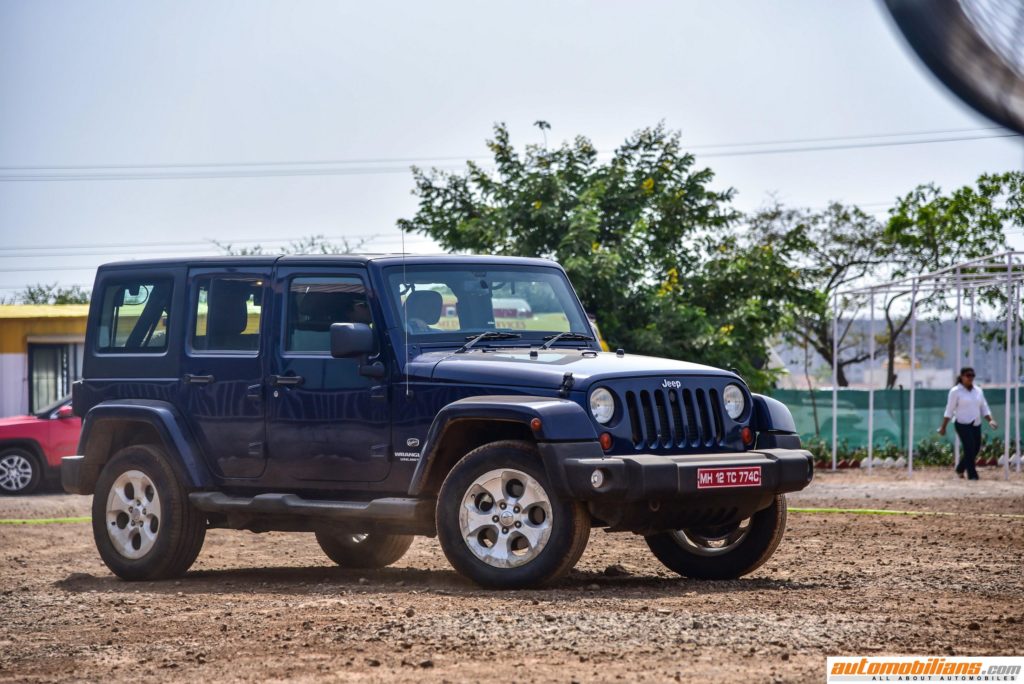