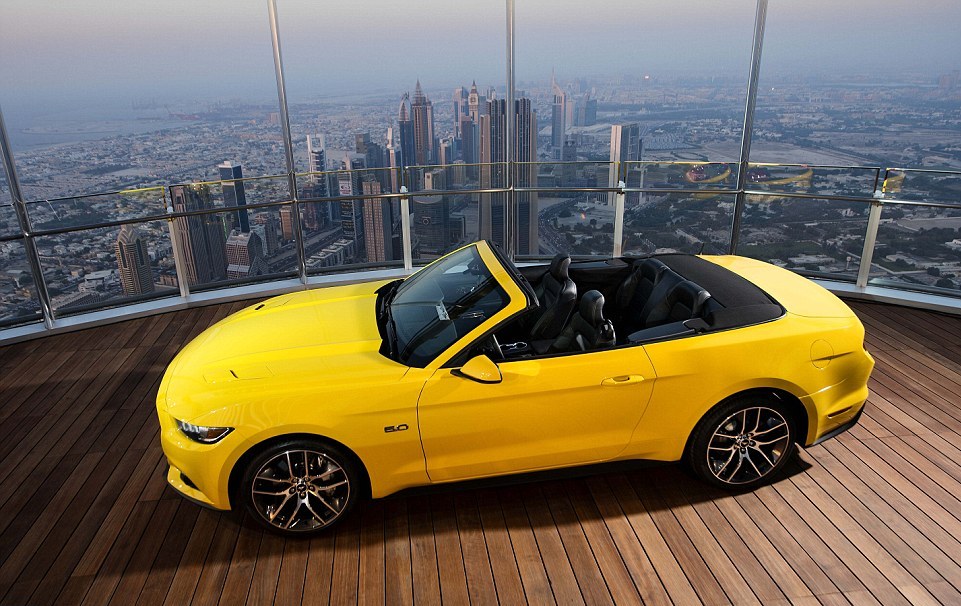 Ford is really making a thing of putting the Mustang at the top of tall buildings. Most recently, they managed to put a Mustang on top of the Burj Khalifa in Dubai. Now they’ve released video to show just how they made it all happen.

The first time they pulled off this kind of stunt was when they put a Ford Mustang on top of the Empire State Building 50 years ago. They repeated that feat this April by putting another one up there to celebrate the iconic car’s 50th anniversary. Now, for Ford’s Middle East and Africa launch, they’ve taken a Mustang 112 floors up in Dubai. 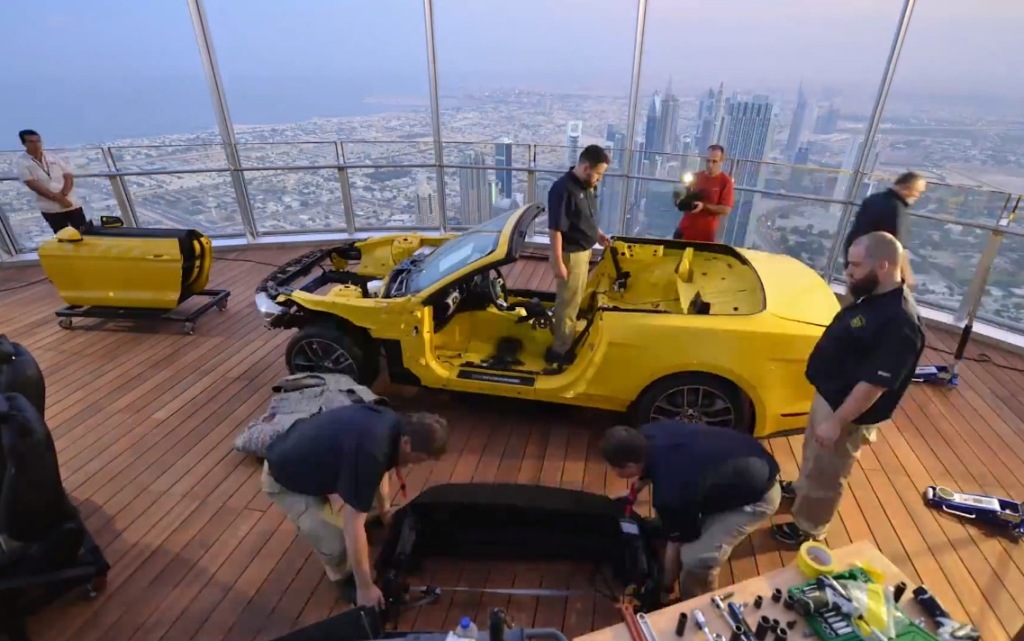 The Mustang was Assembled there itself!! On the Burj Khalifa

They had to separate the car into six pieces to fit it into the elevators and get it up to the top of the world’s tallest building and then reassemble it once it was in place. The whole process took around 12 hours, which seems incredibly fast considering the scope of what the crew had to accomplish.

This isn’t a fully functioning Mustang as it’s missing an engine and transmission, but that makes this no less impressive. There are no fancy robots like what you’d find in a factory, just a bunch of guys, a bunch of tools, and a killer view.