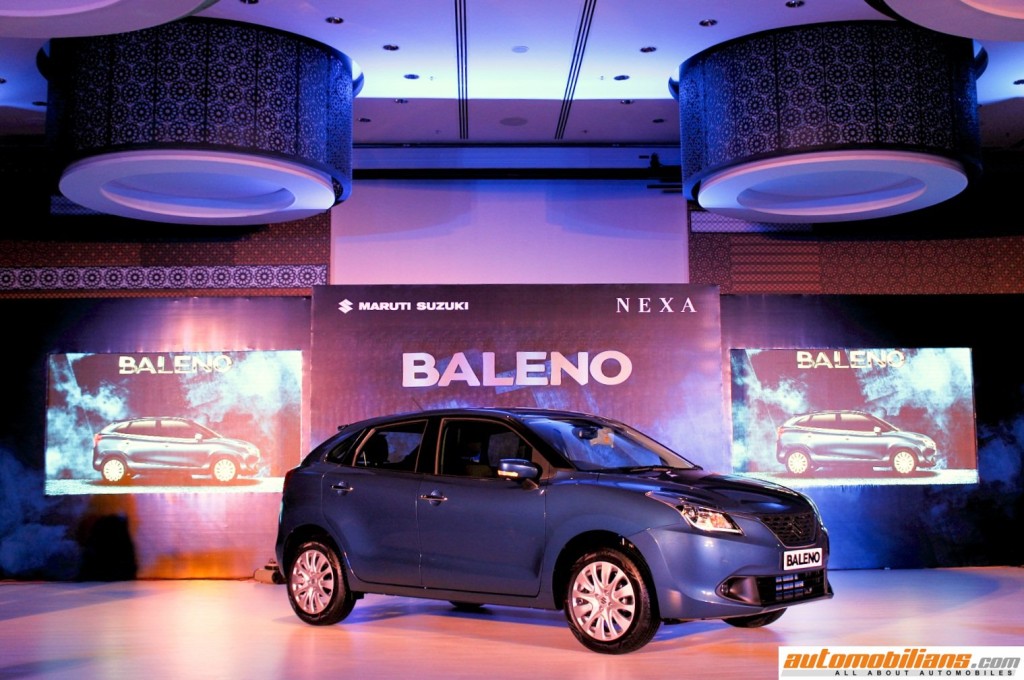 Maruti Suzuki has launched the much awaited premium hatchback, the Baleno in India. Its price range starts from Rs. 5.08 Lakhs for the petrol engine and Rs. 6.27 Lakhs for the diesel engine. Both the engine options will be offered in four variants respectively viz. the Sigma, Delta, Zeta and Alpha. The CVT automatic variant will be offered in the petrol engine option only and is priced at Rs. 6.89 Lakhs. (All prices – Ex-Showroom, Pune). 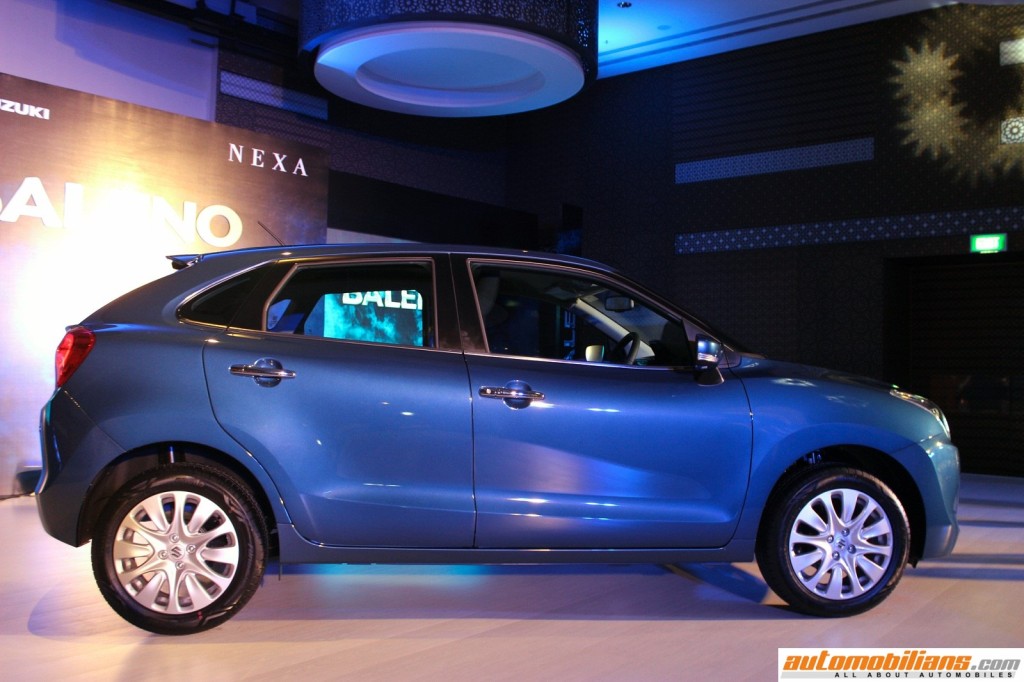 The car looks nice and fluidic thanks to its liquid flow design. The front gets a new V-shaped grille, the headlamps are quite similar to the Swift, but are smaller in size and feature LED DRLs with projector headlamps (top variant only). The top variants also get 16-inch alloys while the base and mid variants will feature the standard 15-inch alloys.

On the inside, the car gets a new completely blue-lit instrument cluster. The center console gets a V-shape and there is a Apple’s CarPlay interface in the top variant of the car, which is also the first in the segment. Other features include Bluetooth connectivity, AUX and USB, steering- mounted audio controls, navigation and voice command system according to the variants. The interiors are spacious and offer ample of  comfort and storage space. 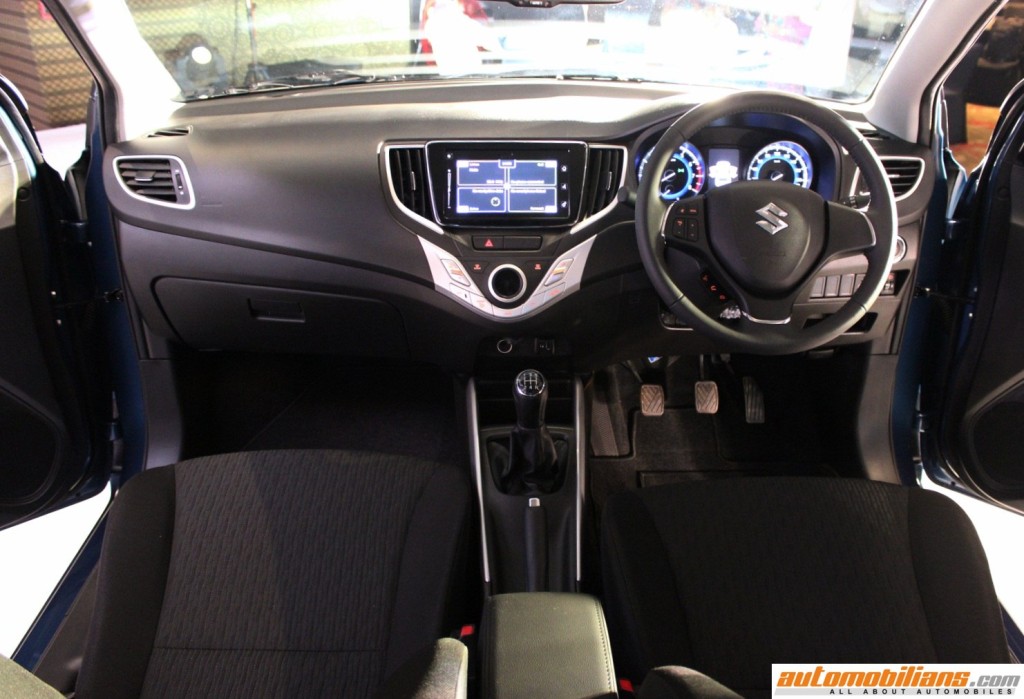 The petrol Baleno is powered by Suzuki’s 1.2L K12 engine which makes 83.1 BHP and 11.7 kgm of torque, and the diesel Baleno gets a Fiat-sourced 1.3 DDiS which produces 73.9 BHPand 19.3 kgm of torque. Both engines are mated to a five-speed gearbox. The CVT automatic gearbox is offered on the petrol variant only.

Dual airbags and ABS are equipped as standard by the company on all the variants. The car will be exclusively sold through NEXA showrooms along with the S-Cross. 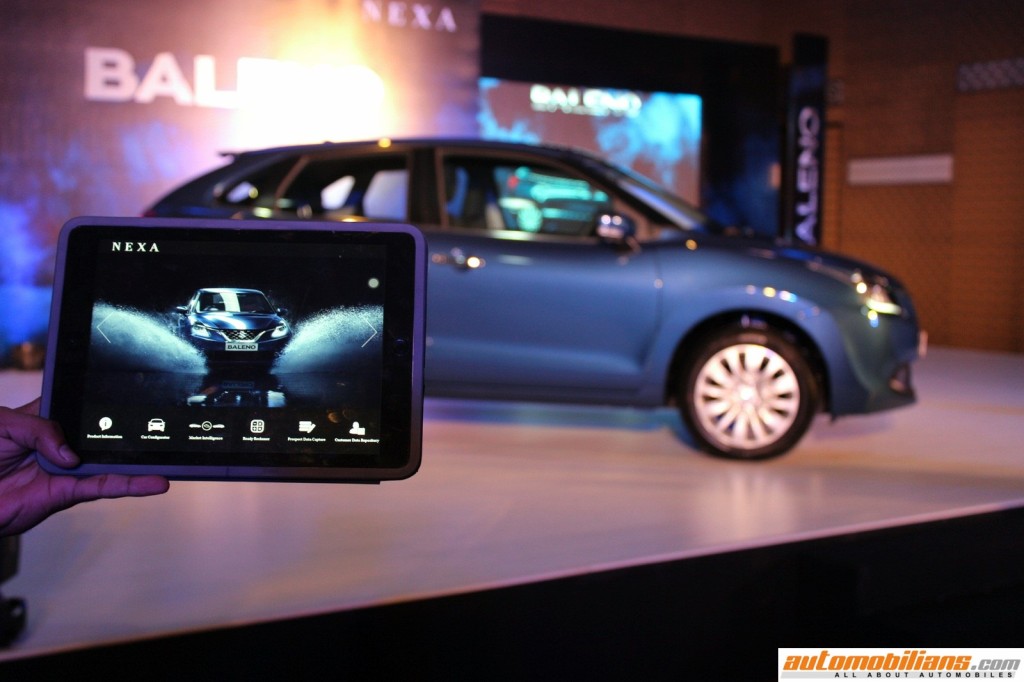 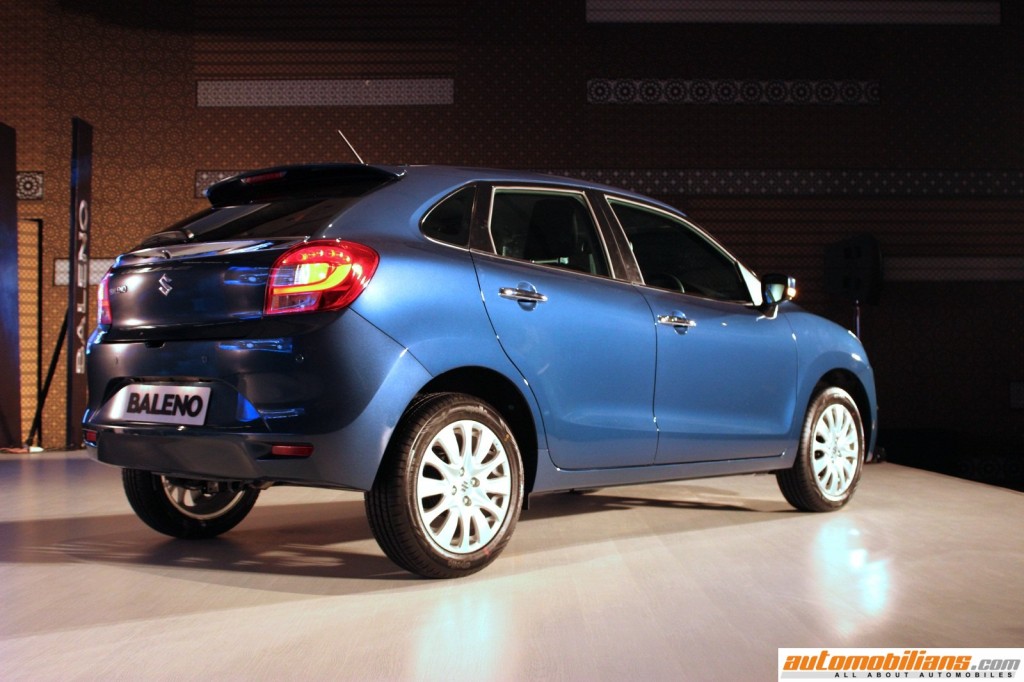 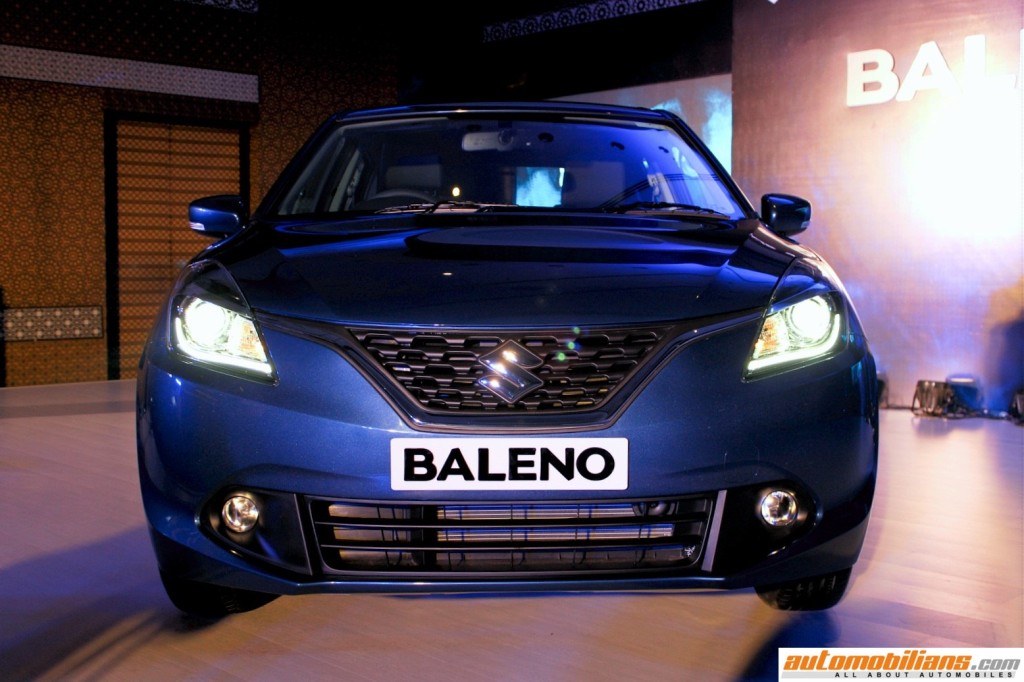 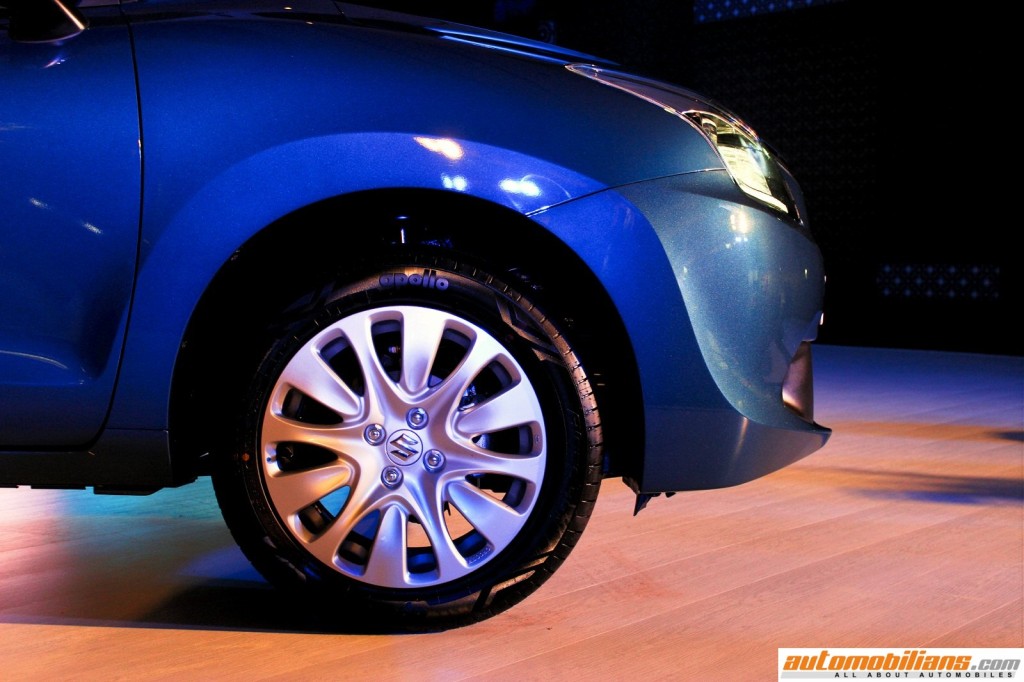