According to the names (Cruise and Street), the 220 Cruise targeted at customers like cruising on the highways often, while the 220 Street and 150 Street is targeted at the people who daily travel within the city.

Both the Avenger 220 variants get many cosmetic upgrades over its predecessor. The new Avenger 220 twins (Street & Cruise) now replace the previous Avenger 220. 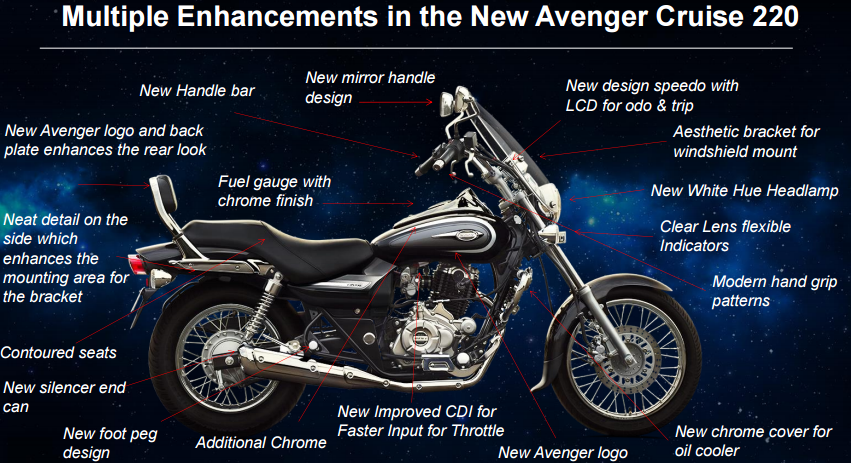 All these new Avengers are on sale across all Bajaj showrooms.