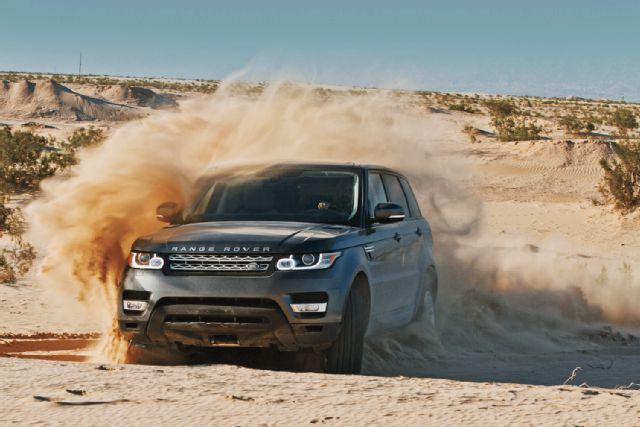 Mumbai, India, 16 January 2014 – Jaguar Land Rover announced today, that it has once again registered strong calendar year growth of 22% in India. It sold 2913 cars over the course of the calendar year 2013 based on the launch of some class-leading models, strengthening of its dealership network and customer engagement initiatives taken in 2013.

Under the Jaguar umbrella, in 2013, Indian customers saw the launch of the extremely successful Jaguar XF with the 2.2 litre diesel engine followed by a 2.0 litre petrol engine variant. The breathtaking F-Type – the definitive Jaguar sports car – applauded world-over for its innovative, seductive and performance led design was also launched in India in July. The Land Rover brand delighted and overwhelmed its customers in October with the launch of the all new Range Rover Sport – the most agile and responsive Land Rover ever.

This fantastic and continuing “year on year” growth of these two iconic British Brands in India is attributed to a rising number of successful, knowledgeable, well read, well-travelled and discerning class of individuals in the entrepreneurial, executive and professional segments, wanting to celebrate their success and status by becoming proud owners of Jaguars and Land Rovers. A strong dealer network focused on providing one of the best after sales service and high re-sale value commanded by Jaguar and Land Rover cars is making customers comeback for repeat purchases already, he added.