Hero MotoCorp has entered the premium segment of motorcycles by unveiling the new Xtreme 200R. It is based on the concept motorcycle which they had showcased at Auto Expo 2016.

This new 200cc Xtreme is powered by a single-cylinder engine and also gets an option of single-channel ABS. The company will commence bookings for it very soon and it will go on sale from April 2018.  Prices will be announced closer to its sales. 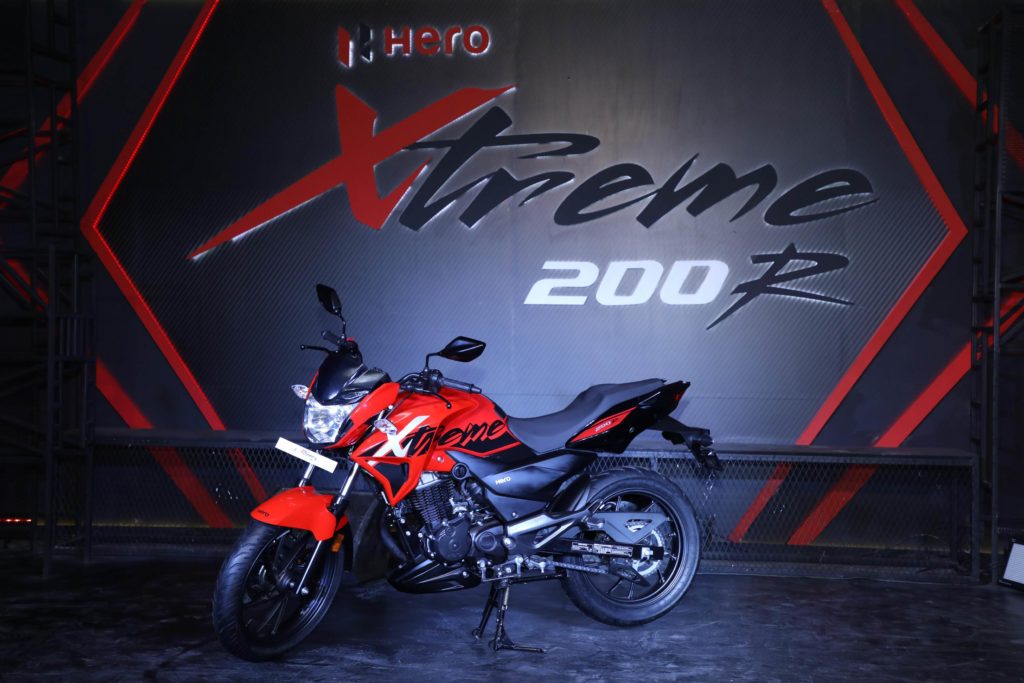 The new Xtreme 200R gets an aggressive design and dual-tone graphics, like the concept motorcycle. It gets a new fuel tank, LED pilot lamps and LED taillight with guide lights, and a digital-analogue instrument cluster.  The bike also features a newly designed seat for better ergonomics and seating comfort for both rider and pillion.

The bike gets a 276 mm front disc and 220 mm rear disc brakes and an optional ABS system (single-channel). In terms of suspensions, it is equipped with a 37mm front fork (the biggest seen on a Hero motorcycle till date) and a 7-step adjustable rear mono-shock. The Xtreme 200R rides on a 100/80 R17 front tyre and a 130/70 R17 rear tyre, both being radial tyres. The bike has a kerb weight of 147kg and a fuel tank capacity of 12.5 litres with a fuel economy of around 40 km/l. 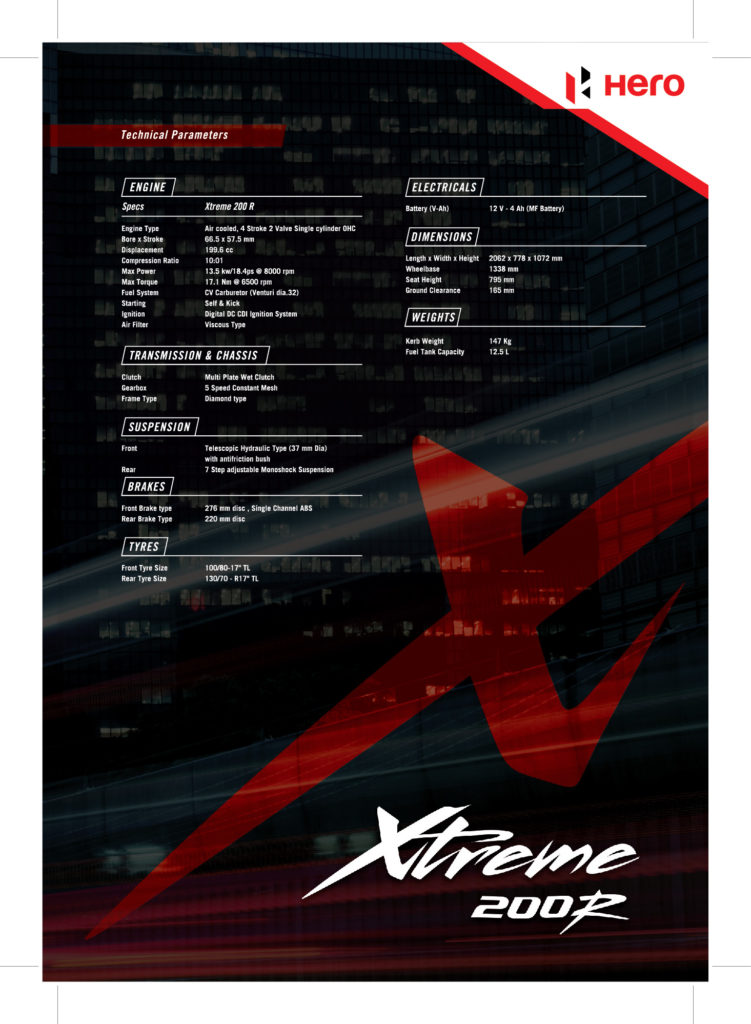