The parallel parking was done with with a sliding space of just 3.1-inches longer than the car breaking the world record of 5.16-inches set last year which was all set in a MINI. 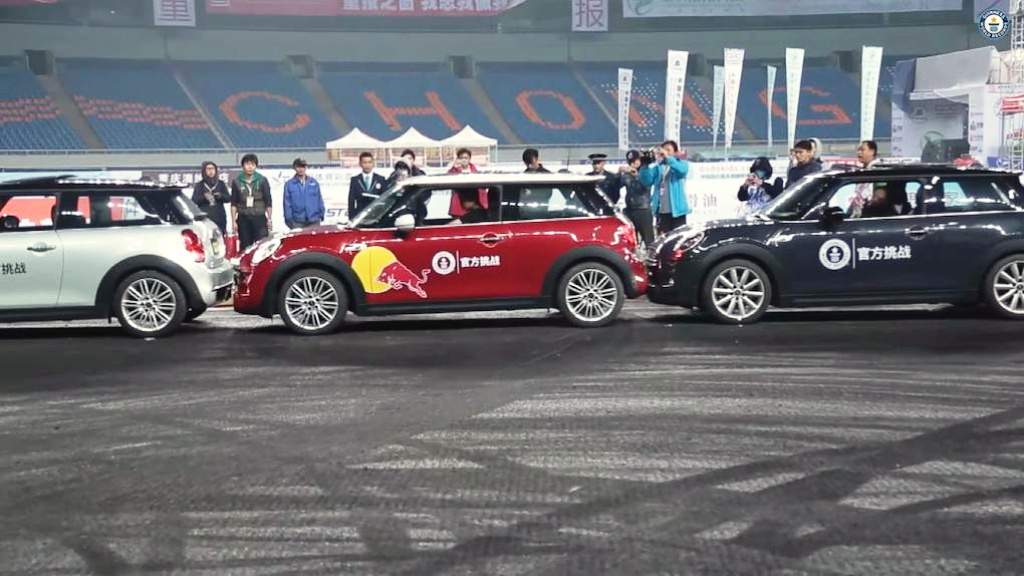 For most drivers, parallel parking tends to be a nightmare due to the slight complexity and lack of practice. However while there are some who see it as a task, there are others who have developed a sport out of it. With the hotly contested event being quite popular in the recent years, Chinese stunt driver Han Yue broke the Guinness World Record for parallel parking for the second time as the most precise parker, after losing the title last year to two British brothers.

Using the 2015 MINI Cooper S as his trusted machine, Han Yue broke the world record during the China Drift Championship event at Chongqing Olympic Park, sliding into a space just 8 cms or about 3.1-inches longer than the length of the car. This beats the previous world record of 5.16-inches set by Alastair Moffatt, who also broke the record in the original MINI, and was accomplished after his brother John broke Yue’s previous record on the same day last year.

Parallel parking the MINI in the tightest of spaces wasn’t a walk in the park, even though the video will make you believe otherwise. The commendable feat would have taken numerous hours of practice, focus and concentration in order to achieve so much in so little space, literally. With the gap narrowed down to barely a distance, it now seems that Han Yue will be holding on to that record for quite sometime now. Head on to the video below and check out the perfect slide in awe that got him the victory.