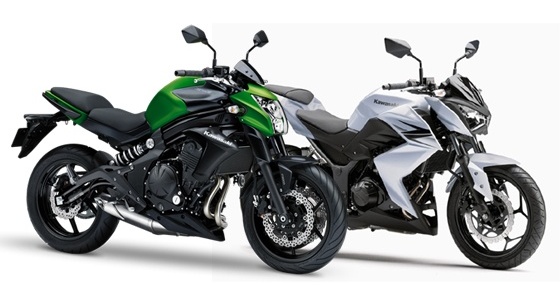 Kawasaki has launched their new entry level motorcycle for the Indian market, the Z250. This new motorcycle as the name suggests is categorized under the Z-class and is a naked motorcycle. The Z250 has been launched at a price of Rs. 2.99 lakhs (ex-showroom, Delhi). 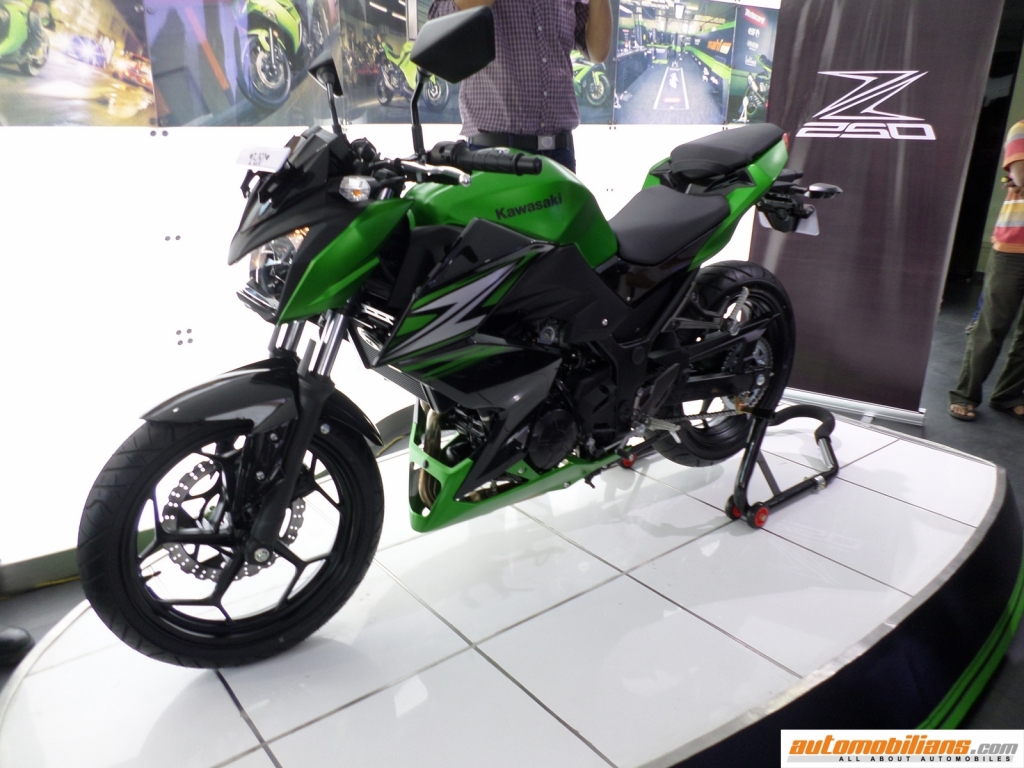 As is the case with bigger Z-class motorcycles like the Z800 and Z1000, the design language is sharp with a funky looking headlamp fairing, floating side cowls in ‘Z’ shape, split and step-up seats, full-size exhaust with silver accents, 5 bi-spoke alloy wheels etc. Where the front end and side profile are noticeably different, the rear end resembles the Ninja 300 currently on sale. The bike has an analogue + digital instrument cluster identical to the Ninja 300. Riding position is not upright with a single-piece conventional handlebar. 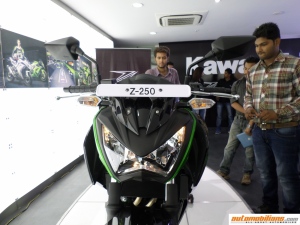 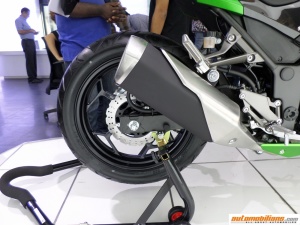 Powering the Z250 you have a 249cc, liquid-cooled, parallel-twin petrol motor producing 33 BHP of power and 21 Nm of torque mated to a 6-speed transmission. There is no slipper clutch provided on the Z250 like you have on the Ninja 300. There is a telescopic front fork and rear mono-shock for suspension duties. Stopping power comes from a 290mm front petal disc brake and a 220mm rear petal disc brake. Kawasaki still does not offer ABS even as an option while international models do get it.

The Z250 is currently available as CKD kits with about 40% localization. Deliveries for the Z250 begin next month and the company has a nearly over ambitious plan of selling 300 units in the near future.

Kawasaki has launched the ER-6n in India at a price of Rs. 4.78 lakhs (ex-showroom, Delhi). The ER-6n is a naked, street-fighter version of the Ninja 650 which we have on sale already. 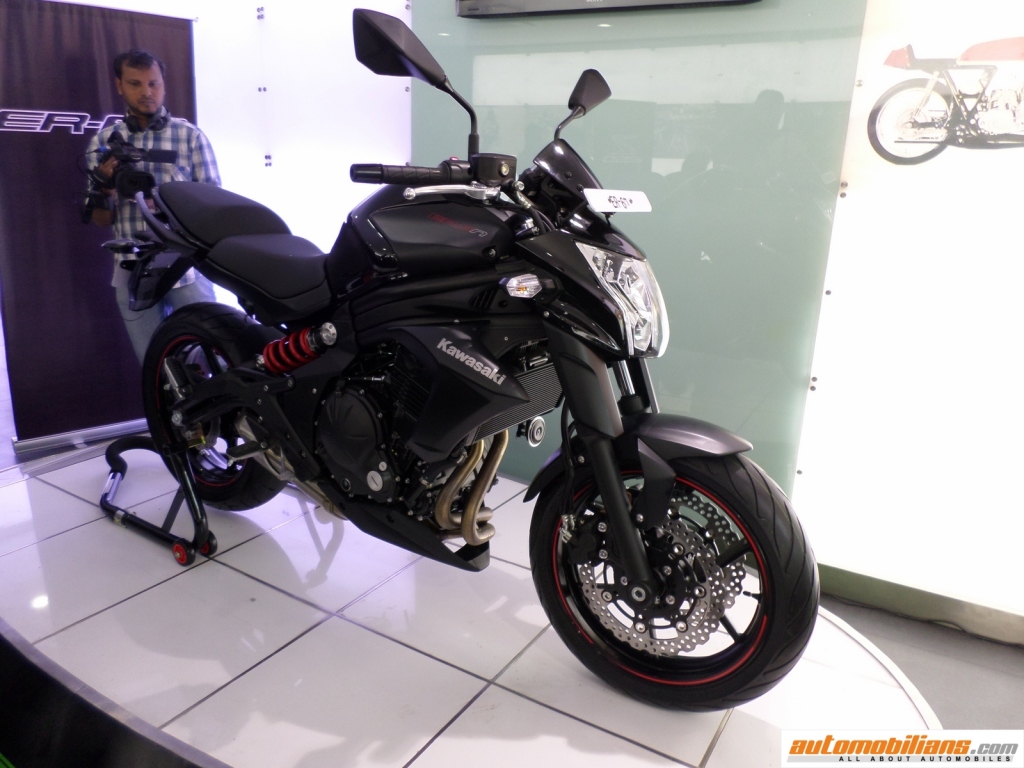 On the design front, the ER-6n simply drops the front fairing from the Ninja 650 and the rest remains the same. At the front, you now have a dual headlamp and a small cover over the front telescopic fork. There is a small wind deflector over the instrument cluster as well. Tank, side profile, and the rear remain identical to the Ninja 650. There ER-6n gets small floating side cowls which cover the radiator. Below the engine, you have a small underbelly in black as well. Instrument cluster is now mounted on the handlebar. Riding position will now be slightly more upright and city commute friendly. 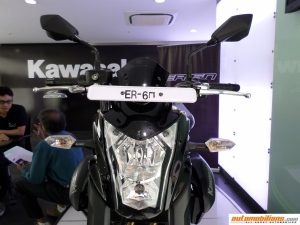 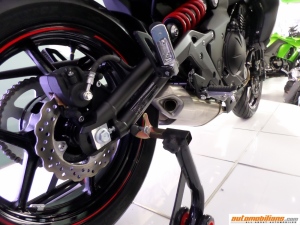 Powering the ER-6n you have a 649cc, liquid-cooled, 4-stroke, parallel-twin petrol motor producing 72.1 PS of power and 64 Nm of torque mated to a 6-speed transmission. Suspension setup is a telescopic front fork and a rear monoshock. The carries forward the dual semi-floating 300mm front disc brake and a 220mm rear disc brake. Again, ABS is missing.

Kawasaki brings in the ER-6n as CKD kits with around 25% local content. Bookings are now open and deliveries will begin next month. Kawasaki targets to sell 200 units of the ER-6n in the coming months.