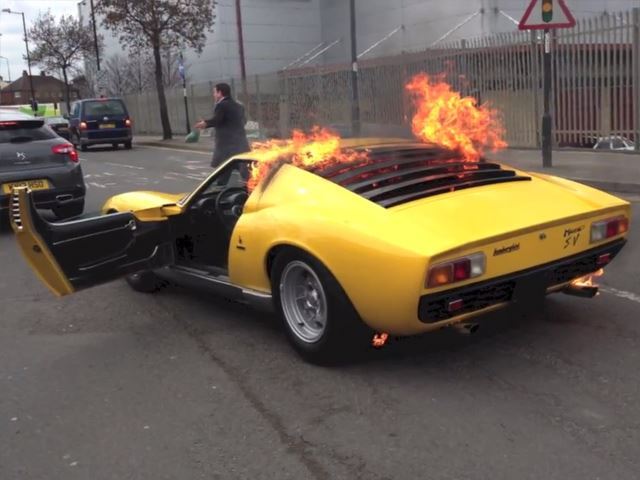 Well over a year ago, a Lamborghini Miura suffered an engine fire and quickly went up in flames in West London. To make matters somewhat worse, it had just undergone some routine service at a local garage. And now its angry owner is suing that garage for about $1.1 million in compensation. Jon Hunt, founder of Foxtons Estate Agents in the UK, is, or was, the Miura’s owner and he believes the garage did something to the supercar that caused the fire. 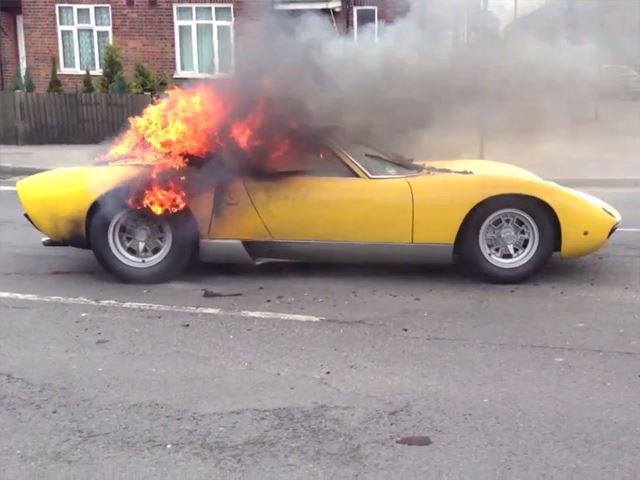 Hunt’s son, who had just picked the car up from the service shop, “proceeded to drive into London along the A40. As the vehicle proceeded it did not appear to be running smoothly. Within less than one mile of the garage, the vehicle’s engine gave of a puff of white smoke.” 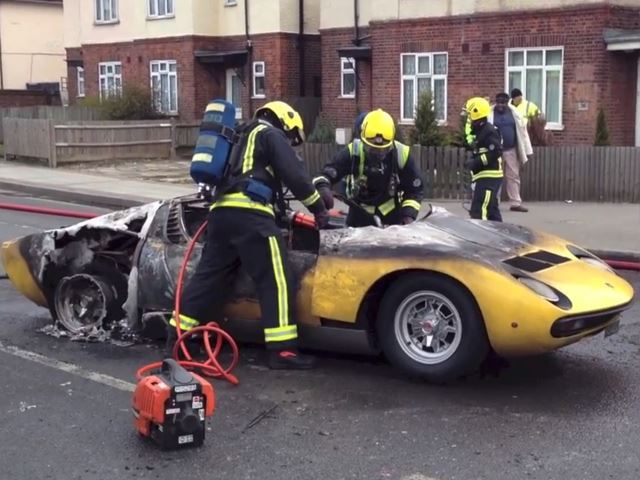 What happened next is obvious. Fortunately, the younger Hunt escaped without injury. The Miura, however, was just one of 764 ever made, making this featured video and images even more difficult to view.