We are a part of the formula student family in India. We aim in achieving a point of excellence in Engineering design, manufacturing and post production processes as those used in industries for growth of a formula student team. Every individual in the team is given opportunity to develop themselves and also increase the scope of their knowledge with hands-on experience on the car. 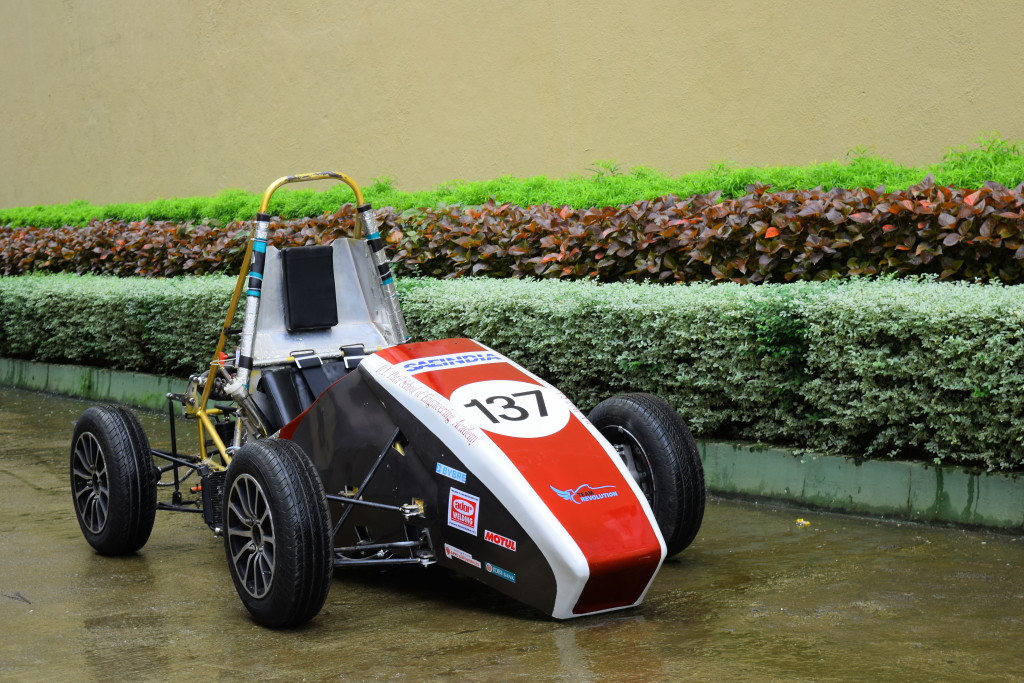 Our team comprises of 22 members all having a specialized department of work/specific field. All the team members are automobile enthusiasts who want to contribute in the motorsport industry after graduation. We build a formula student vehicle for the various Formula student competitions held using actual industrial practices on smaller scale and less quantity. Team work plays a very important role in achieving our goals for which we have divided our team into different departments to increase team’s productivity by giving responsibilities on young shoulders. 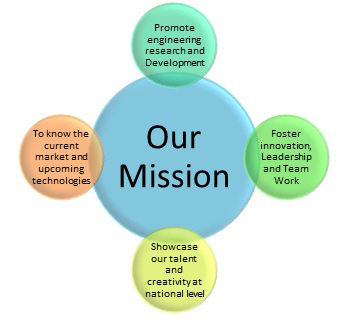 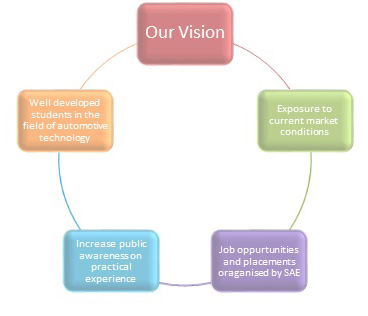 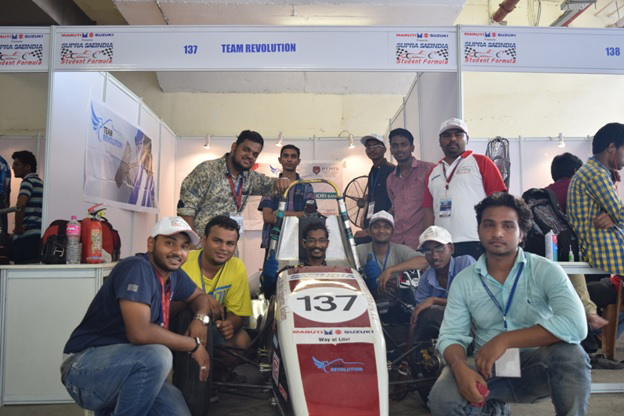 We learn many new things while working for the formula student vehicle for competitions. We learn how to work in a team, how to get our work done. The Formula student competitions also give a lift force required to nurture self confidence, self respect, decision making skills, work under deadlines, how to handle work pressure. The students in the formula student racing team have a prior experience and a skill set which is widely needed for industries. 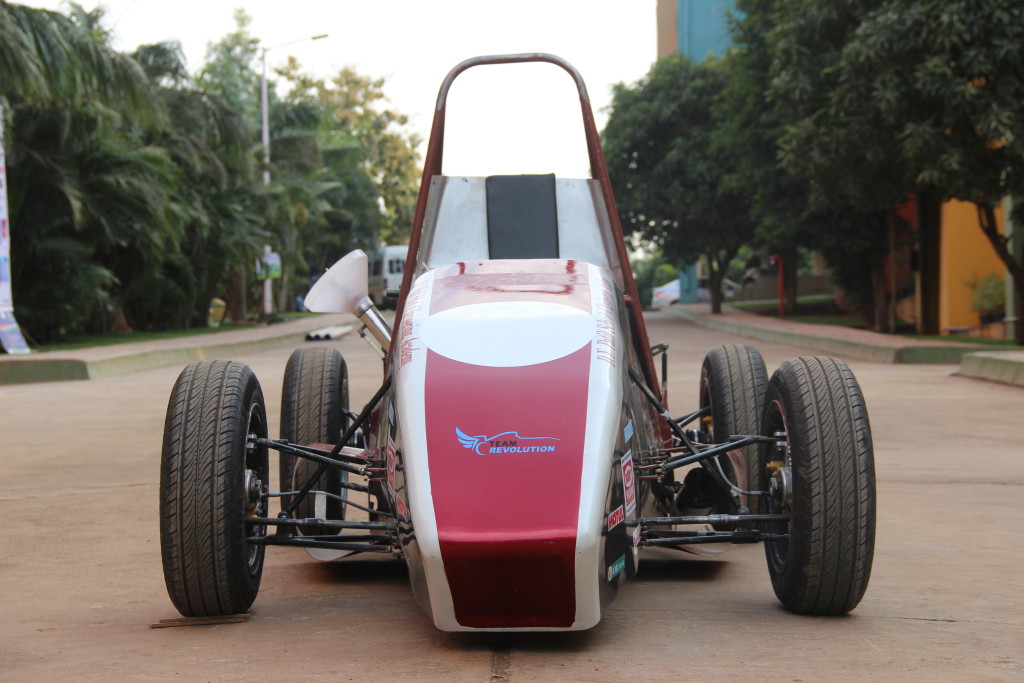 The Formula Student vehicle made by Team revolution this year is been powered by 390cc ktm duke engine which churns out 43 Bhp, 6 Speed manual transmission and delivers a good initial start with a max speed of 130kmph.The specifications of the car :

As it was our first time we had our focus on reliability of the vehicle as it is an important factor in determining the build quality of the car. We also tried to keep our aesthetics up to the mark as it attracts attention of the people around and also play an important role in changing ones opinion about the vehicle.

Every season we try and improve our car according to aesthetics, performance and weight reduction parameters. We use new technologies that are available in our sources and imply it in our car according to the given rules. Now we are trying to make some innovations that will be helpful for our vehicle with respect to the overall performance and safety. 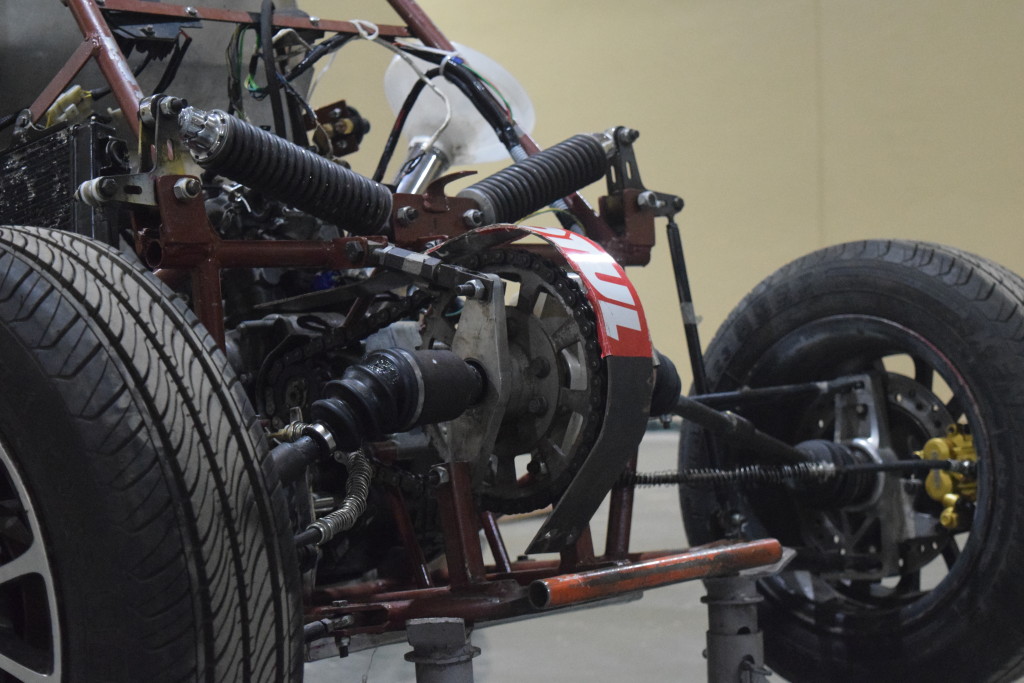 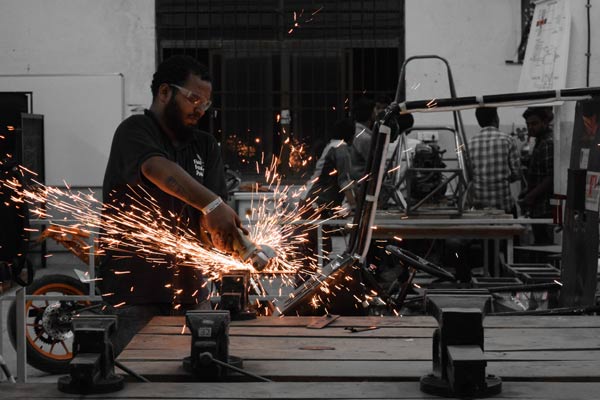 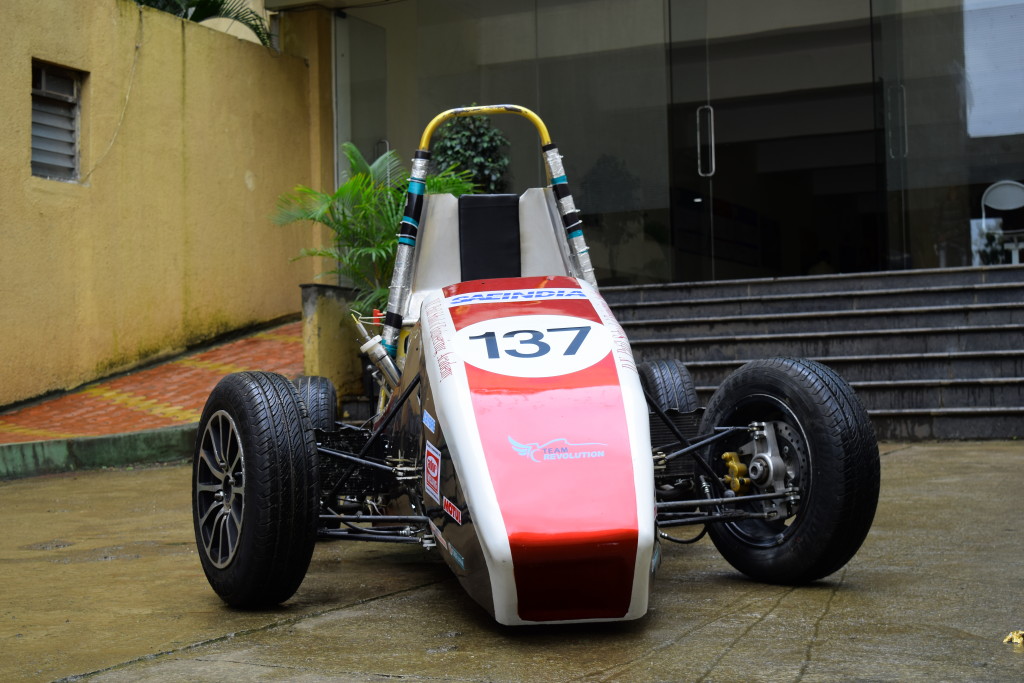 The Team had its debut participating in the student Go-kart championship held in Hyderabad in October 2016 and has shine out with flying colors. The go kart is been powered with 135cc Hero Honda Ambition engine with a 5 speed manual transmission. The kart has a sequential gear system designed which enabled the driver to control the vehicle on turns and maintain the acceleration of the vehicle as compared to commonly used CVT go-karts.

The overall weight of the vehicle is 115kg. It has been Designed and manufactured in the college workshop and has been tested on an endurance track. The go-kart is able to achieve a max speed of 60-70 kmph and is able to cover a distance of 1km in 60-65 secs. Centre disc brake is been used on the rear driving shaft which enhance the braking action. 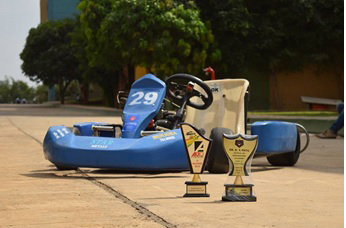 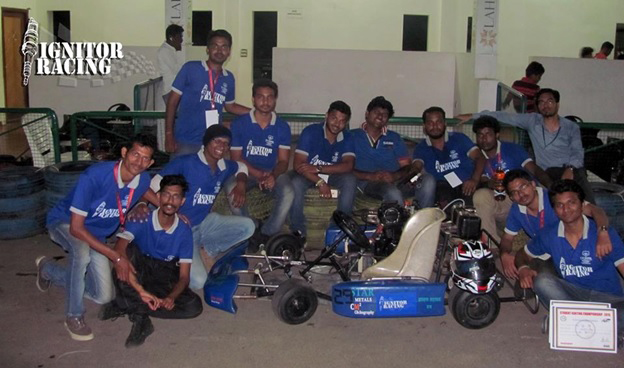 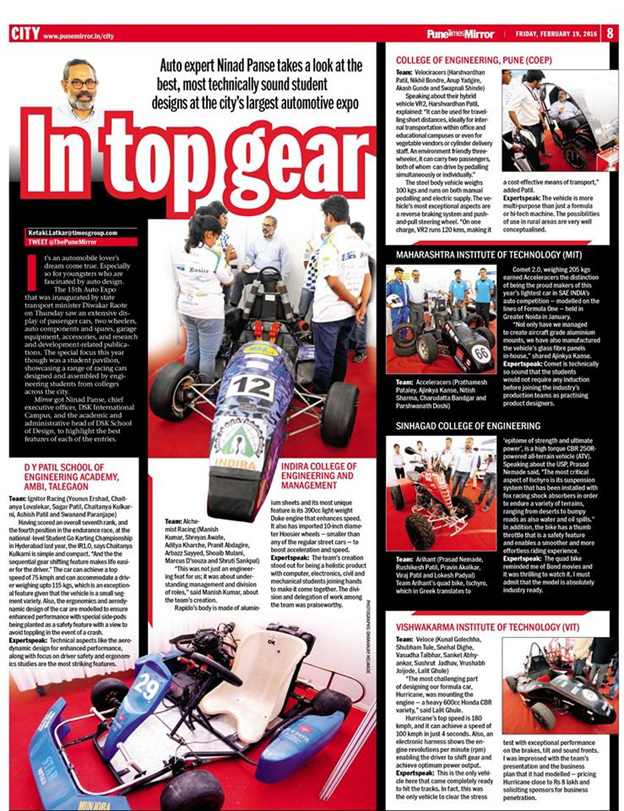 View all posts by Admin →