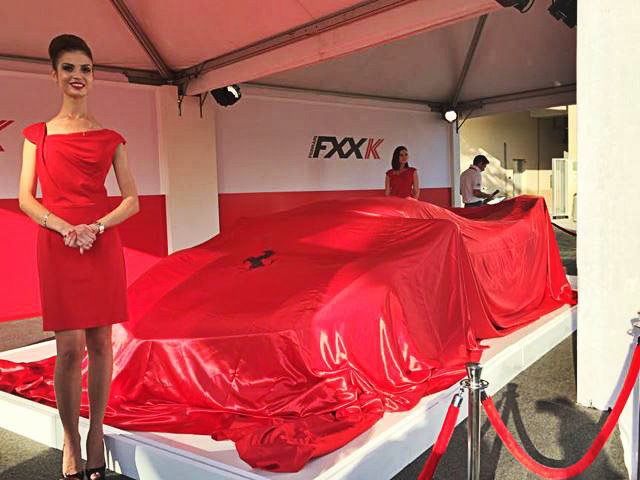 A couple of eagle eye Ferrari fans attending the 2014 Finali Mondiali event in Abu Dhabi yesterday have snapped some shots of the track-only Ferrari FXX K, which the Italian carmaker revealed 2 days before. Based on the road-going LaFerrari, the FXX K is the most extreme Ferrari ever built, powered by the same drivetrain as the hybrid hypercar but with output dialed up to over 1,035 hp and 664-lb-ft of torque. 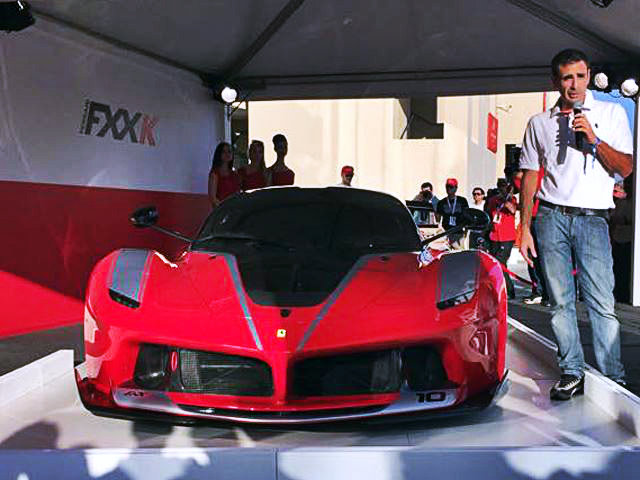 A streamlined, aerodynamic body helps generate a massive 540 kg of downforce at 124 mph, and according to Patrick Van Glabeke, who supplied the shots along with Effspot Photography, just 32 units of the Ferrari FXX K will be built priced at 2.2 million Euros (Rs. 168,290,016) each. And yes, they have all been sold already. 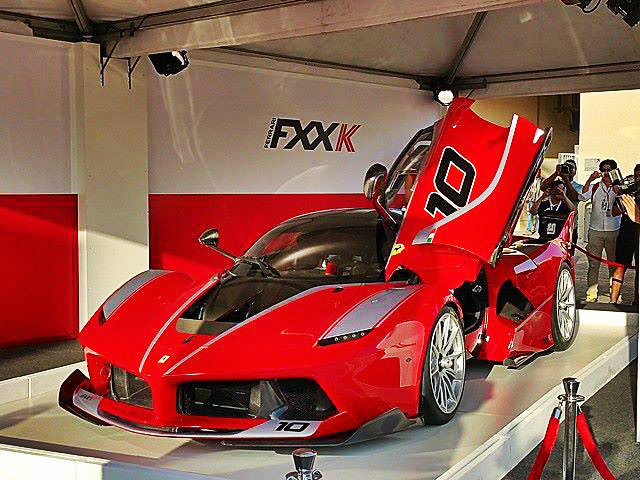 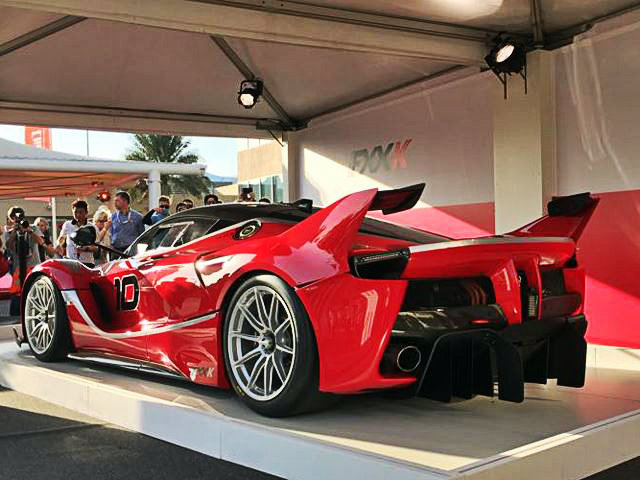 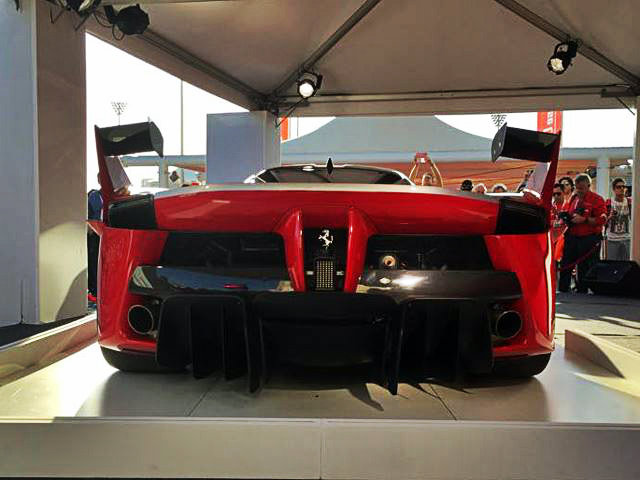