KTM, the Austrian motorcycle manufacturer has officially unveiled the 2017 KTM Duke 390 and it looks extremely sporty with its predator like stance. 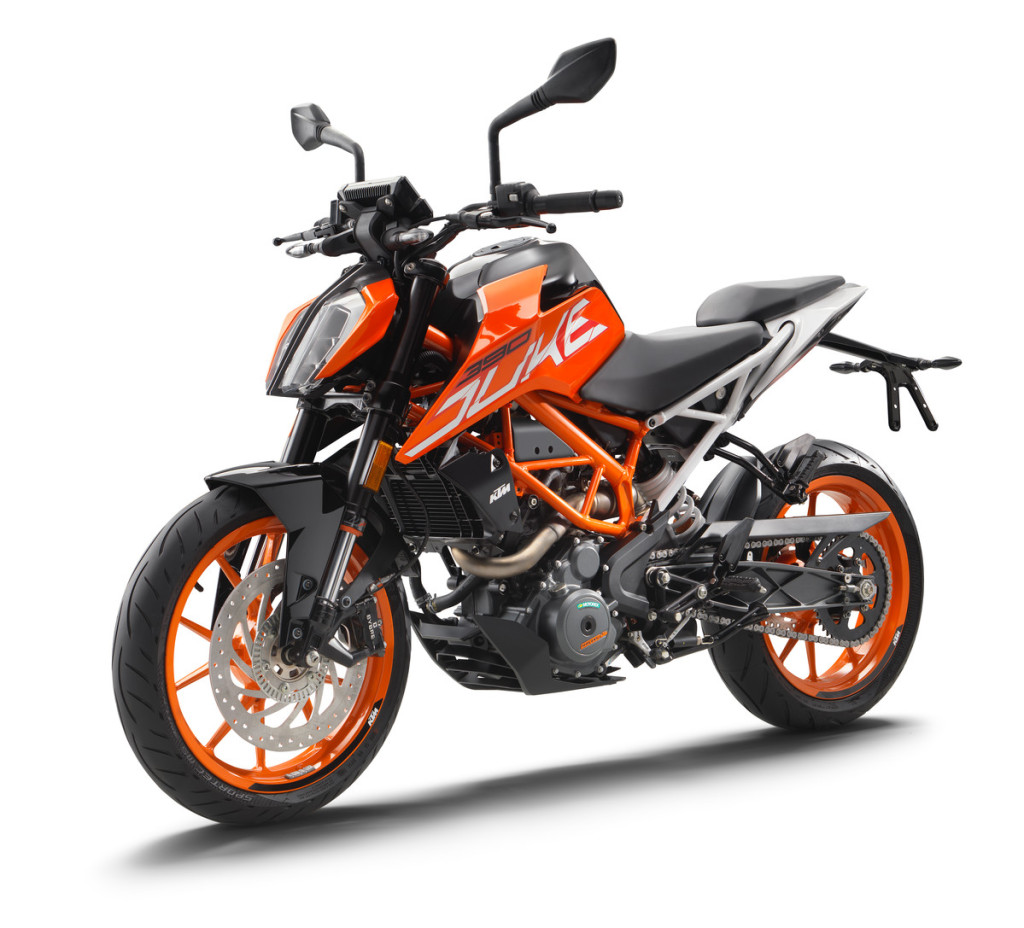 The 2017 KTM Duke 390 boasts new LED headlight and taillight. The fuel tank has been revised and has now grown to 13.4 liters steel tank. A TFT display, a fully digital system will be offered on the Duke 390 to which you can also connect your smartphone and access to phone calls and audio player with optional MY RIDE multimedia interface.

Powering the 2017 KTM Duke 390 is the same old 373.2cc, single-cylinder engine which produces 44 BHP and 35 Nm of torque. It meets Euro 4 emission norms. To ensure more enjoyable ride, there are now riding modes on offer which can be selected through the buttons on the left side of the handlebar. 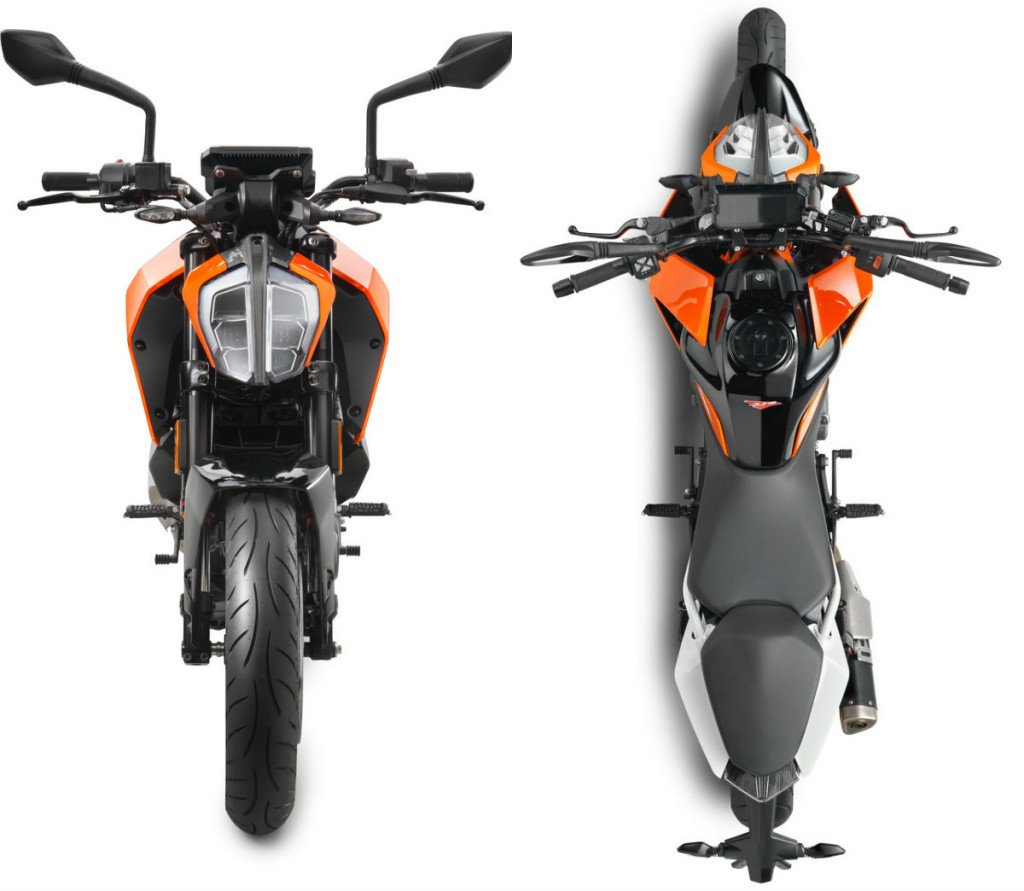 The new Duke also features Ride-By-Wire throttle system and also continues to get slipper-clutch. Dual channel ABS will be a standard equipment and the 2017 Duke 390 now gets a side-mounted exhaust instead of the under-belly exhaust.

The front WP fork is new. The front disc brake has now grown to 320 mm from 300 mm while the rear one remains to be the same of 230 mm. The front brake and clutch levers are now span-adjustable. The heating issues of the bike has also been reduced by the company. The 2017 KTM Duke 390 now weighs 149 kg instead of 139 kg (dry weight). 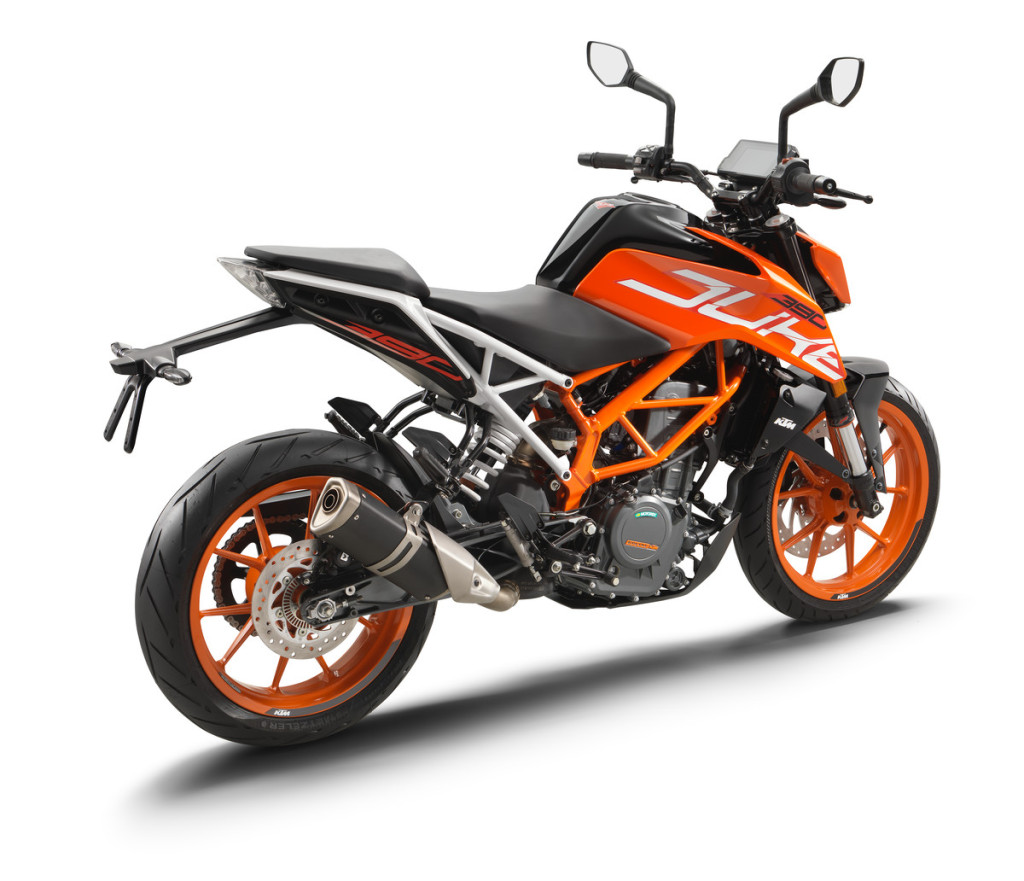